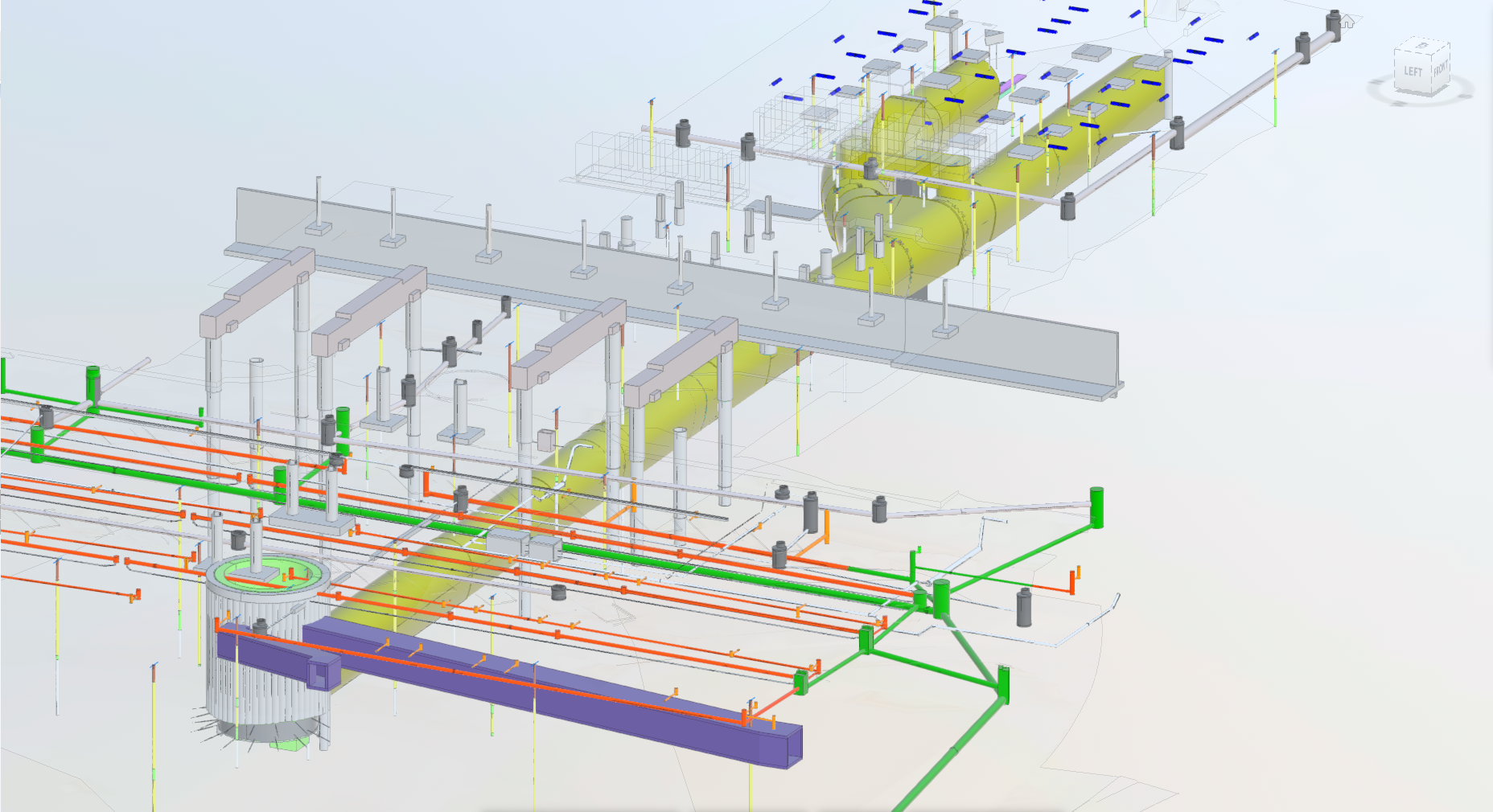 The progressive design-build Atlanta Plane Train Tunnel West Extension (PTTWE) Project at Hartsfield-Jackson Atlanta International Airport includes extension of the existing automated people mover system and terminal renovations at the baggage claim station. The City of Atlanta is the project owner, and McMillen Jacobs Associates is the lead designer for the Clark/Atkinson/Technique design-build joint venture.
Subconsultants to McMillen Jacobs include:

The progressive design-build approach for this project includes pre-design, design, and construction phases and gave the team the flexibility to develop and consider alternative design and construction approaches during the pre-design and design phases of the work. This resulted in several improvements to the project including the elimination of an unnecessary shaft, resequencing surface improvements above the construction shaft, replacing ground improvement by grouting with underpinning of the shallow terminal foundations in the mixed face area below the existing terminal, and changing the vertical circulation approach. 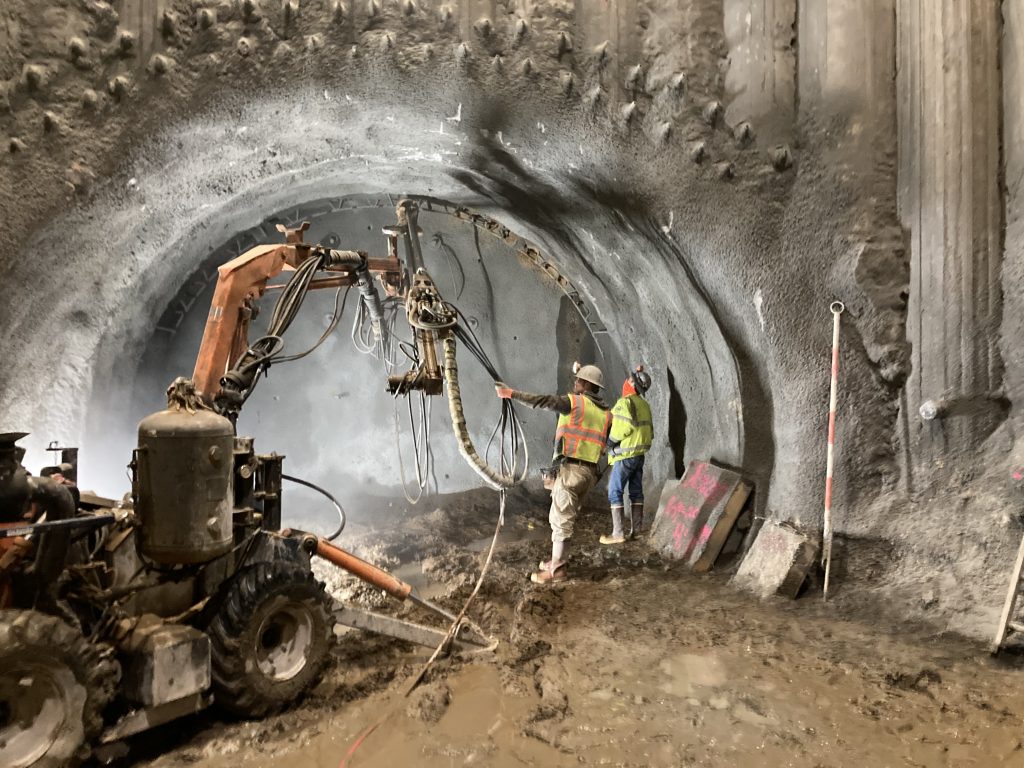 The project adds a switch and tail track west of the current western end of the Plane Train system to enable reduced headways and to increase capacity, accommodating future ridership. The existing tunnels will be extended westwards about 660 feet (201 m) to a 30-foot-diameter (9 m) construction and emergency egress shaft. Approximately 408 feet (124 m) east of this shaft connection, a twin tube bifurcation begins and the tunnel divides into a north tunnel and a south tunnel to connect to the existing automated people mover mainline tunnels. The typical tunnel section is horseshoe shaped with excavated dimensions of approximately 22 feet wide (6.7 m) at springline and 23 feet tall (7 m). The excavated dimensions of the bifurcation include a span up to 48 feet wide (14.6 m) and a height of 23 feet with up to 27 feet (8.2 m) of flat roof in the span’s middle. Above the bifurcation ground cover is approximately 11 to 13 feet (3.4–4.0 m) with rock cover of only 6 to 10 feet (1.8–3.0 m).

East of the bifurcation the rock cover drops quickly, and the eastern approximately 130 feet (40 m) of the new tunnels are in mixed-face conditions below the existing terminal building with approximately 8 to 10 feet (2.4–3.0 m) of ground cover between tunnel crown and terminal building footings. Keller North America is underpinning footings with mini-piles to protect the terminal structure from potential settlement during mixed-face tunnel excavations. The new tunnels are being mined from the construction shaft using the Sequential Excavation Method (SEM), with excavators in soil and drill-and-blast techniques in rock. Tunnel presupport and initial support consist of spiles, face dowels, rock bolts, lattice girders, shotcrete, and welded wire fabric. Permanent support consists of reinforced cast-in-place (CIP) concrete lining. The tunnel will be waterproofed with a sheet membrane around the entire perimeter between the initial shotcrete lining and the final CIP concrete lining. 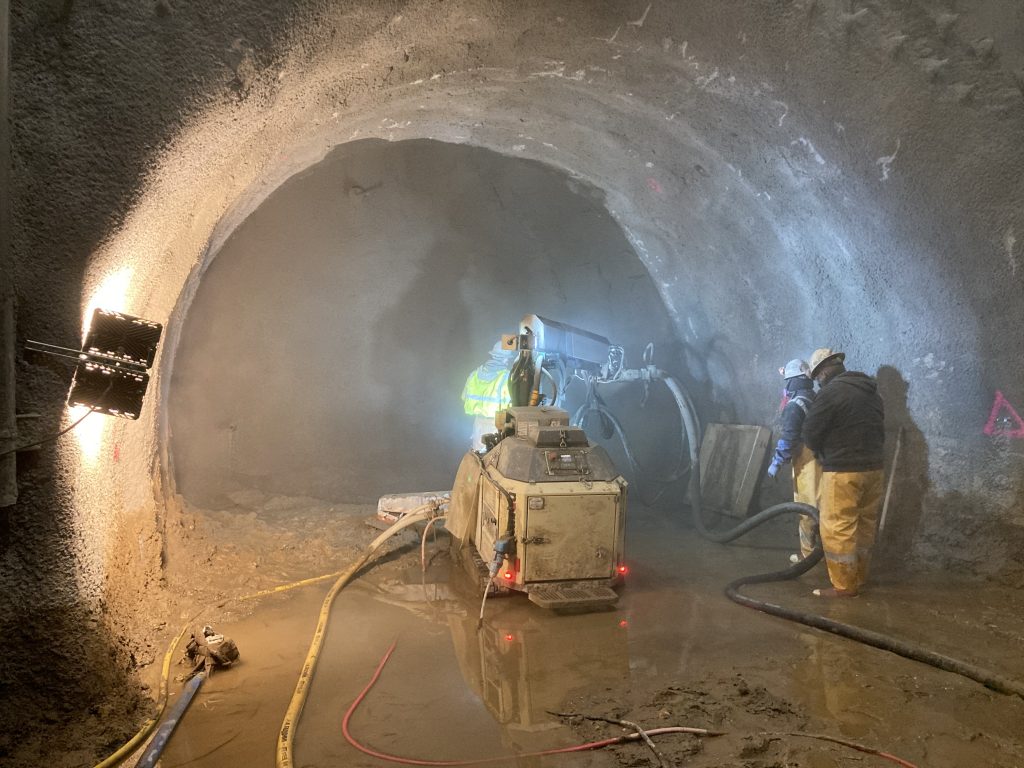 Secant piles were used for temporary support of the construction shaft with four deeply socketed piles installed on either side of the tunnel opening. Shaft excavation was completed in October, and tunnel breakout was completed in mixed-face conditions in November. Keller North America installed a dewatering system to lower groundwater to the top of rock interface to provide stable ground conditions for the breakout and tunnel excavation in soft ground and mixed-face conditions. The first approximately 20 feet (6 m) of top heading excavation were finished by end of November. Completion of tunnel excavation is expected in May 2022 and final lining and tunnel fit-out in March 2023.