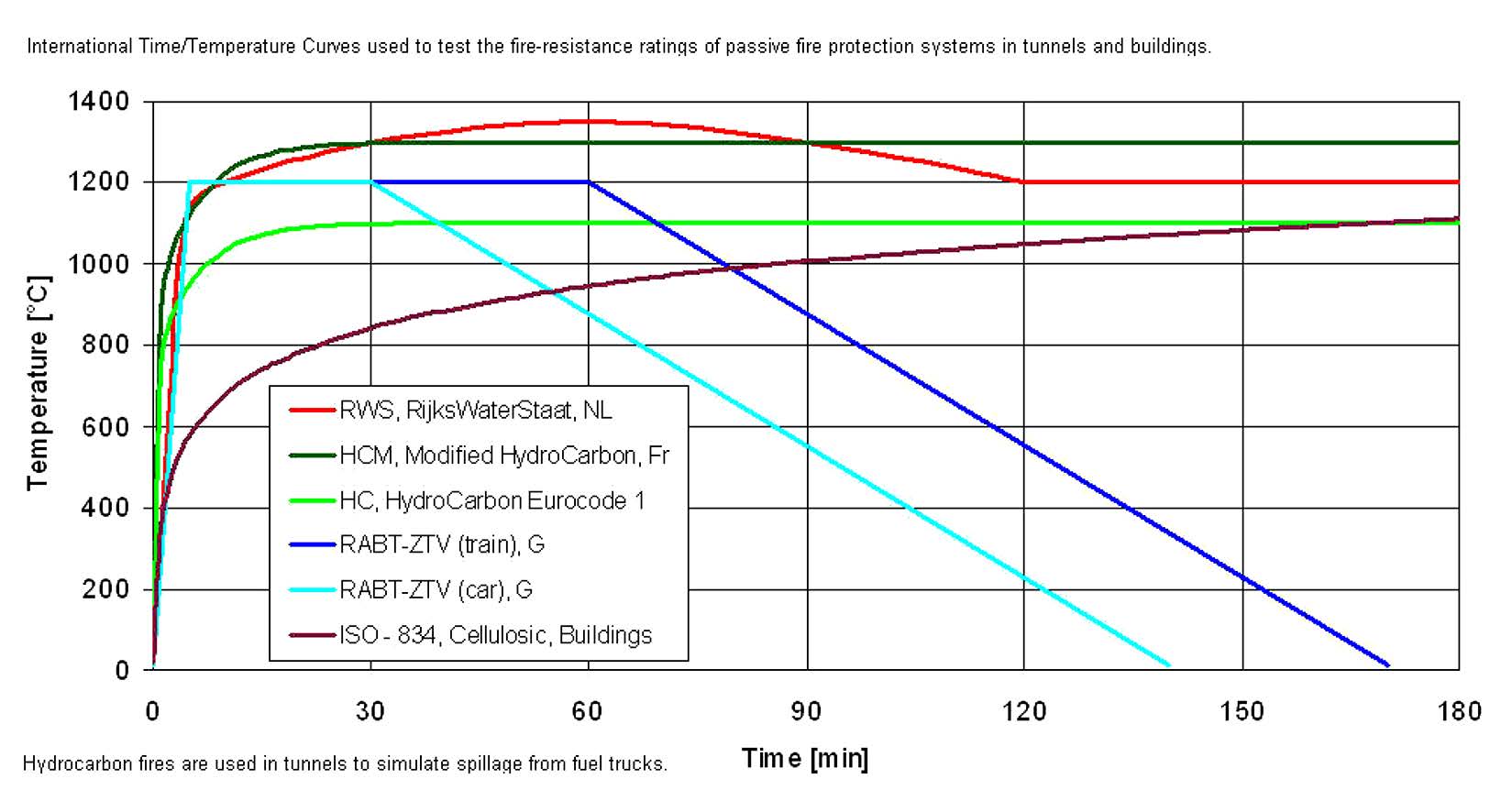 Road tunnels in recent infrastructure projects in Sydney, Australia, are designed to have a certain fire resistance level (FRL), with defined fire curves (time vs. temperature). FRL is defined by three criteria: structural adequacy, integrity, and insulation. The measure of resistance to achieve these three criteria is the time period (in minutes) in which there is no failure under the adopted fire curve. A structural quasi-static analysis is conducted for the performance of tunnel support when it is subjected to elevated temperatures defined by the selected fire curves. 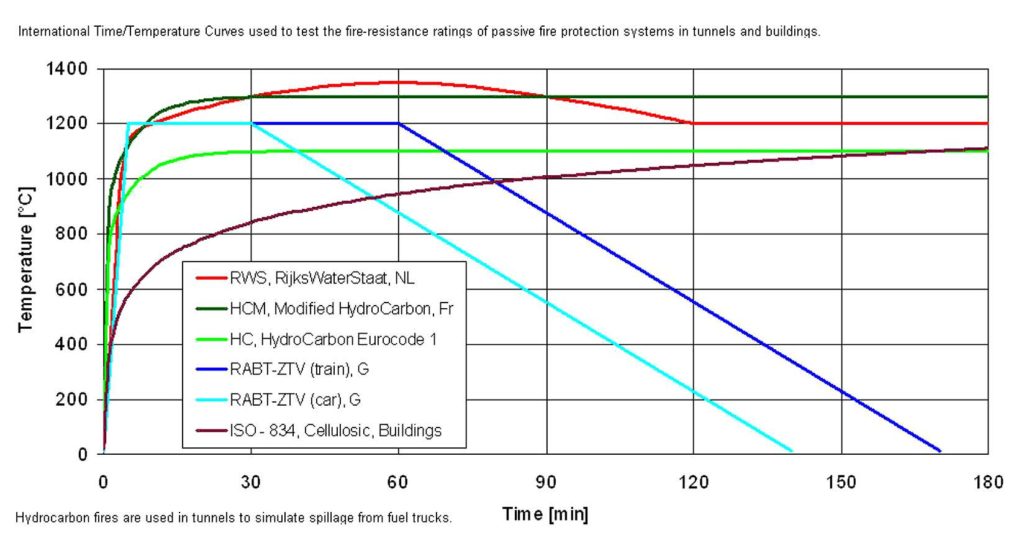 The structural adequacy criterion refers to the ability of the tunnel to maintain load-bearing capacity in the design fire event. Damage to the shotcrete lining is expected because of its limited thickness. Shotcrete thickness can vary from 50 to 200 millimeters (2−8 in.), which is relativity thin when compared to cast-in-situ concrete linings that are designed as passive structural linings. “Damage to shotcrete” may include reduction or loss of local stiffness due to excessive cracking or partial loss of shotcrete (e.g., spalling). Despite this, it is typically the conclusion that the stability of the tunnel would be maintained by the reinforced rock mass (via rock bolts) above the crown. The use of a reinforced rock mass in fires has been extensively covered in published literature (see references). As long as the rock bolts have residual strength to maintain their function post fire event, then the tunnel will maintain global stability.

For this analysis, the FRLs were a 4-hour cellulosic fire (FRL of 240/–/–) and a 2-hour standard hydrocarbon fire (FRL of 120/120/120). For the 2-hour hydrocarbon fire additional criteria were required for the structure to not allow the passage of fire or hot gases through (integrity) and to stop heat from passing through (insulation) to the next fire compartment. 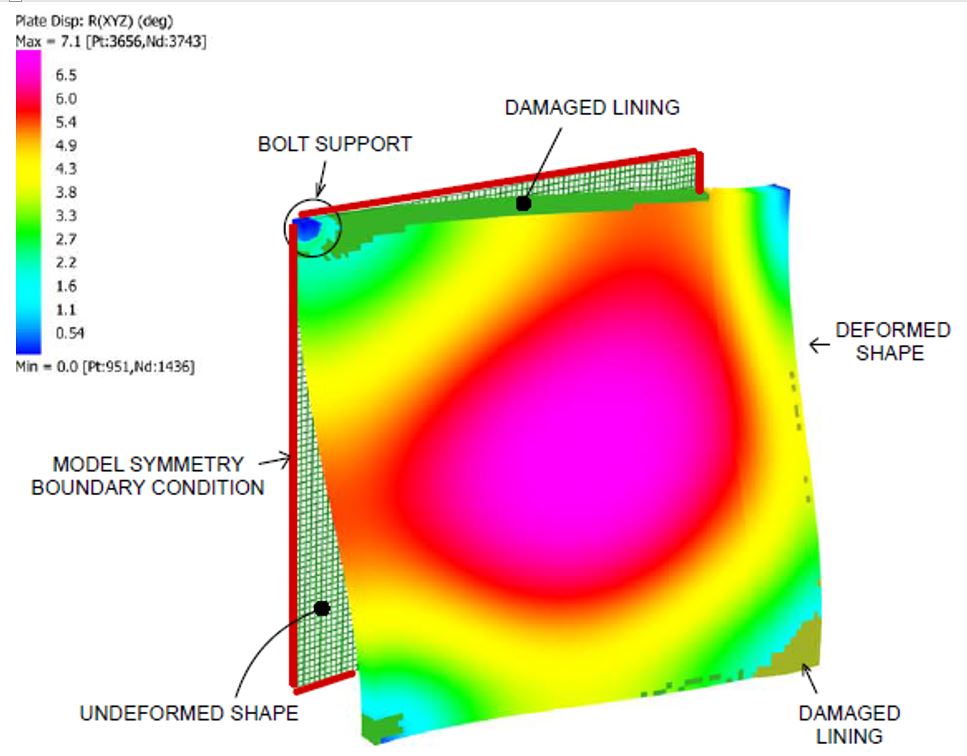 The tunnel ground support system remains stable during the critical design fire case (4-hour cellulosic fire temperature-time exposure). During the design fire exposure period, the crown shotcrete lining is stable and the rock bolts supporting the lining remain within their design capacity. The outer rows of crown rock bolts (i.e., those bolts that are near the sidewall) experience, as expected, the maximum shear-slip deformations at the lining-rock interface, which then reduce as the lining cools post-fire. The sidewall shotcrete lining experiences, also as expected, localized damage early in the fire exposure period. After this damage occurs, the lining remains supported by the rock bolts.

In addition to designing for the global stability of the tunnel, understanding the level of localized damage that is acceptable (via stakeholder input) needs to be determined and then incorporated into the design. Damage to the shotcrete lining (such as delamination and local fallout) may pose a safety risk to emergency services post-fire, and this risk needs to be managed or addressed as part of the assessment.