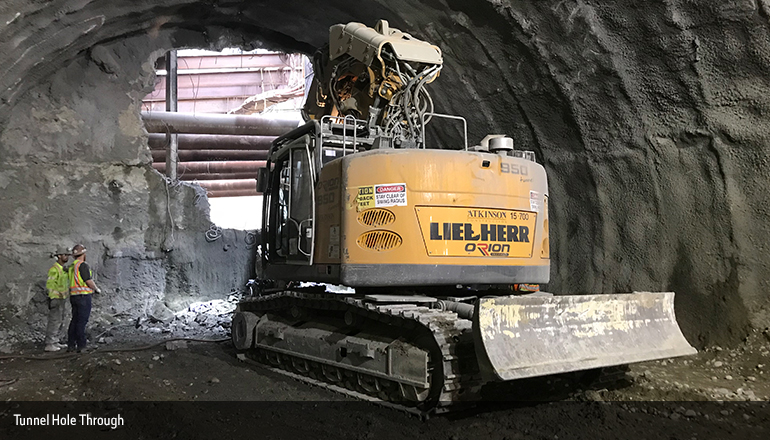 McMillen Jacobs Associates, as a subconsultant to HDR, is providing construction management services to Sound Transit on East Link‘s Downtown Bellevue Tunnel. The project includes portal development and construction of a 1,980-foot-long tunnel (604 m), which is a 34-foot (10.4 m) finished diameter ovaloid with a center wall providing two trackways. This tunnel is 12 feet to 48 feet (3.7–14.6 m) below ground and includes a 17-foot-diameter by 50-foot-deep shaft (5.2 x 15.2 m) located near the tunnel midpoint.

The shaft invert is connected to an enlarged 39-foot-wide by 35-foot-tall (11.9 x 10.7 m) tunnel section by a short adit. The adit provides access to a maintenance deck in the enlarged section for servicing the two jet fans used for tunnel ventilation. The portal excavation initially used to construct the tunnel has been developed into a 250-foot-long (76 m) cut-and-cover structure to also house four additional jet fans. A similar cut-and-cover section will be constructed on the north end of the tunnel by another construction contract. 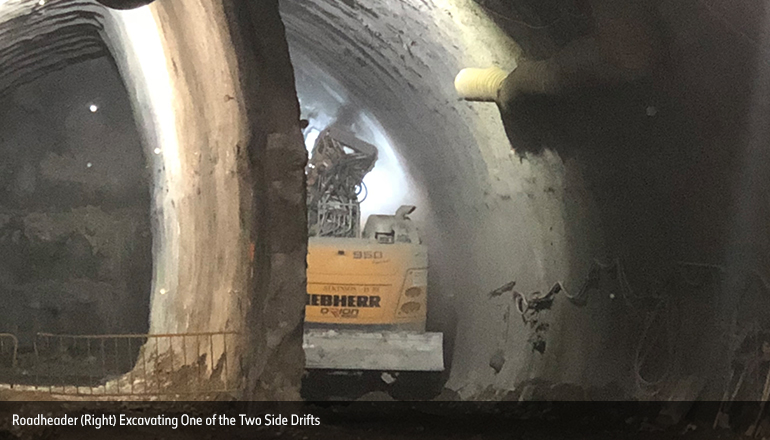 Excavation of this soft ground tunnel, consisting of overconsolidated glacial till and outwash gravels, was completed using the sequential excavation method (SEM). The contractor, Guy F. Atkinson, excavated the first half of the tunnel in three headings: a full top, bench, and invert. The last half of the tunnel was excavated with two single side drifts, each consisting of a top, bench, and invert approach, for a total of six headings. The initial lining is a 2-inch (50 mm) flash coat followed by an additional 8 inches (205 mm) of macro poly fiber reinforced by shotcrete utilizing lattice girders. Tunnel hole-through was completed by late July 2018, five months ahead of schedule and under budget.