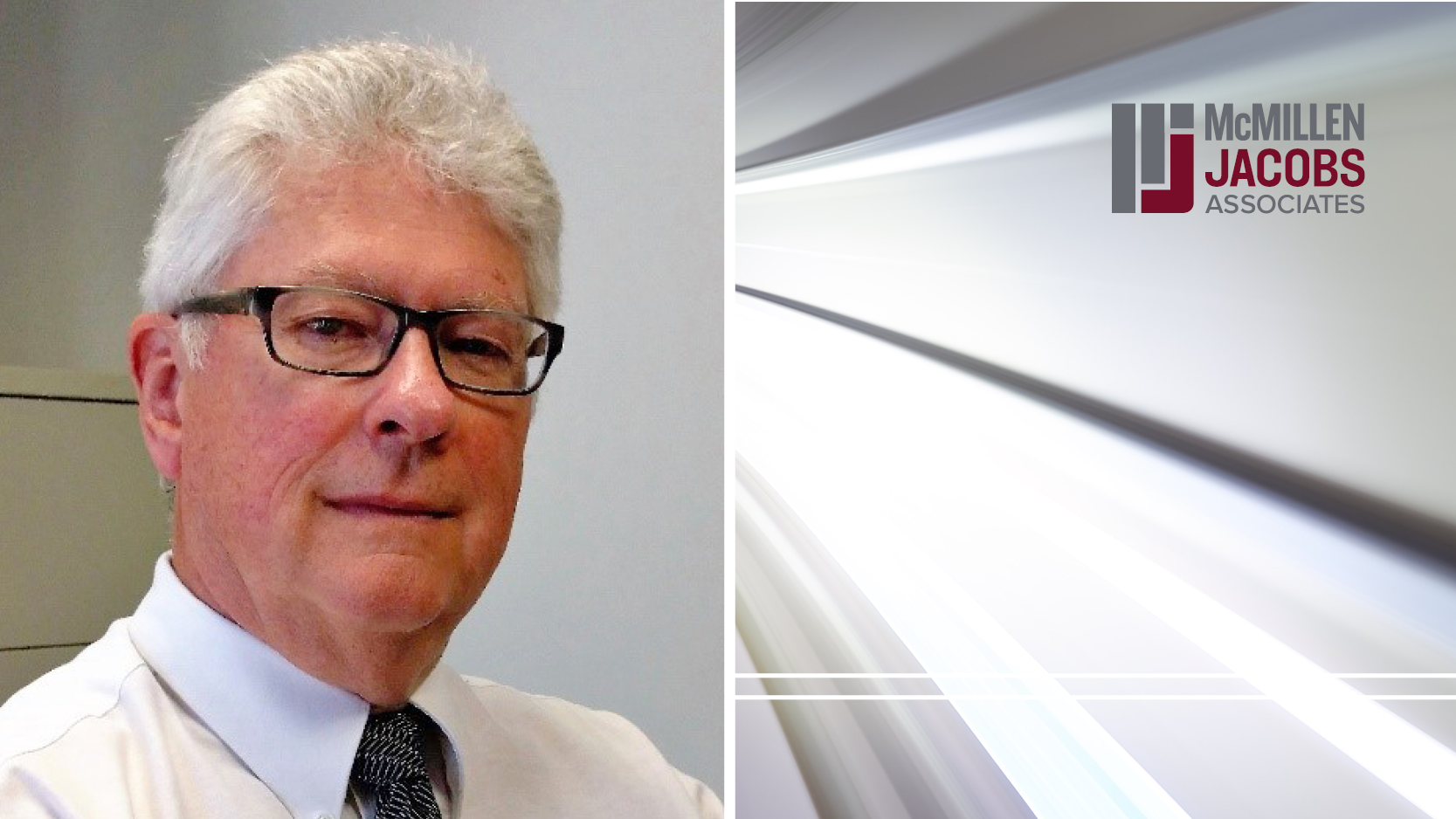 The Underground Construction Association (UCA) has honored William “Bill” Edgerton with the 2022 UCA Lifetime Achievement Award. Bill’s half-century engineering career is an industry inspiration, and his influence on the engineers within McMillen Jacobs has been exceptional.

Bill joined McMillen Jacobs (then Jacobs Associates) in 1987, after working in the field as a project engineer, estimator, and manager for Morrison-Knudsen and the John Driggs Company. Over his 35-year tenure, Bill has influenced the Underground Division’s engineers, estimators, and its management through his leadership, technical acumen, and inclusive attitude.

Principal Engineer David Crouthamel, a 25-year firm veteran, said: “Bill has always been a big advocate for our staff to understand the construction process. He believes that a hands-on understanding of how jobs are built and managed is critical to the underground industry. This approach remains a key goal of our company culture.”

Bill’s vision of where the industry is going has enabled the company to continue to thrive as the market changed around us. For example, in the early 1990s Bill signed on to lead the company’s first owner design project as a prime—Islais Creek Contract E—which involved the first full face tunnel excavation in North America using jet grouted soil improvement. Bill helped move the needle again for us when, in early 2000, he moved to Seattle to serve as Project Manager for the Brightwater Conveyance project, which included 13 miles of tunnels, numerous shafts, a pump station, and several consolidation conduits. This project established the firm as a leader in the then new arena underground of mega-projects. And he did this again, in 2010, when he stepped into the Project Manager role for DC Water’s Clean Rivers Program, taking the company into the Program Management and Alternative Delivery market, long before it was common, and establishing us as a leader in the space. These oft-forgotten commitments Bill has made not only kept us in the front of the industry, but created touchpoints with hundreds of other engineers, whether they were our own staff, other team members, or owner representatives, improving their knowledge and ability to deliver underground work as they progressed in their careers. 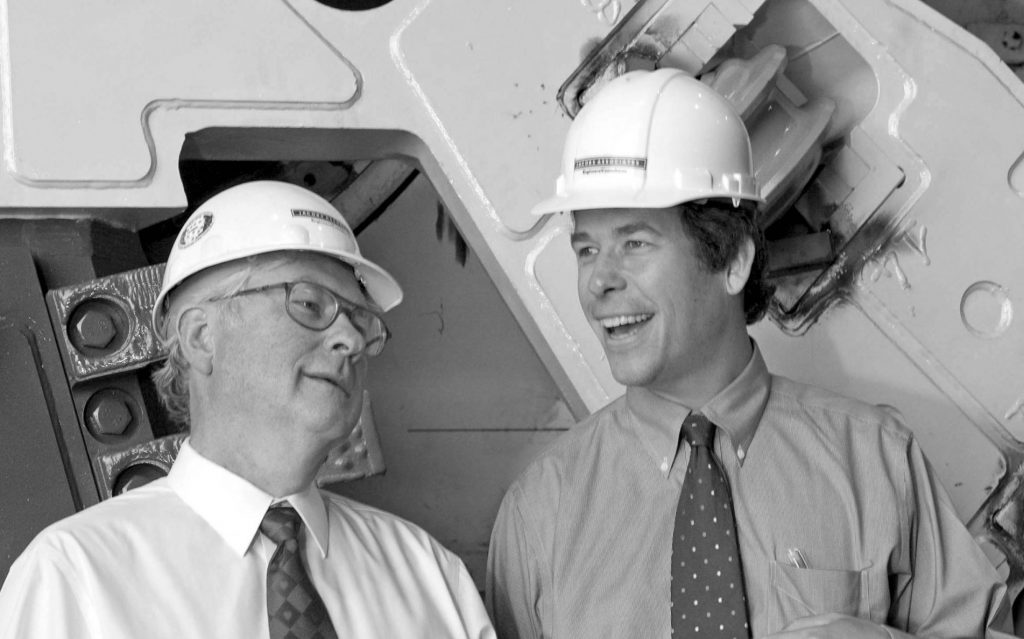 Bill’s experience on all phases of underground projects, combined with his drive for contract optimization, came together as editor of the first edition of Recommended Contract Practices for Underground Construction, which was published in 2008 by the Society for Mining, Metallurgy, and Exploration, Inc. And in 2019, he was a major supporter of the second edition, which was edited by McMillen Jacobs Principal Engineer Sarah Wilson.

The firm’s principals have always had an open-door policy, making themselves available for all to come in and ask for technical support, bounce ideas around, and solve problems together. Bill’s door is always open and he also reciprocates, asking opinions of peers and colleagues alike. He is equally comfortable writing a specification section or performing a research task for a member of staff as he is providing oversight as a senior reviewer for a project team. This project-first approach is a core value at the firm, respecting input and discourse from all, regardless of rank, tenure, or demographic. 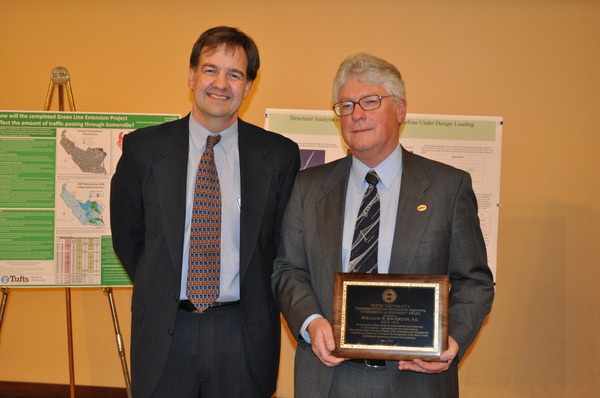 Bill served as president of the Underground Division from 1999 to 2011, guiding the firm through a period of significant geographical expansion and personnel growth, while at the same time serving as project or program manager for several signature projects. His mentorship has guided two subsequent division presidents: Dan Adams from 2011 to 2020, and Victor Romero, who took on the role in 2020, during the height of the COVID-19 pandemic.

“What amazes me over the 30 years I’ve worked with Bill is how he could jump into any problem or challenge that he had not faced before, be it technical or managerial, and come up with a brilliant or creative solution,” says Victor. “Moreover, he did it in a way that got the whole team behind him, and engendered respect and loyalty. Bill can collaboratively work with wide-ranging disciplines and personalities, even difficult ones, to get great outcomes. That’s a rare talent. He’s still my mentor.”

Adds Dan Adams: “Bill’s influences go well beyond creativity in the engineering world. Bill has taught us all how to lead others in the most collaborative manner. In any given room, he has always been the last one to speak. This trait allows everyone else to play their part, and advice to come across as wisdom. And when he is asked to speak or write, his practice of being empathetic to the audience and judicious in his word choice inspires us all to be better communicators.”

Bill Edgerton has honored McMillen Jacobs with his fostering of individuals and technical advancement of the firm. The Underground Division acknowledges his achievement and is very proud of his accomplishments.

The 2022 UCA Lifetime Achievement Award will be presented on Monday, June 20, 2022, at the awards session held during the 2022 North American Tunneling Conference in Philadelphia, PA.