BIM Has Left the Building: Going Underground on Hydroelectric Development in Australia 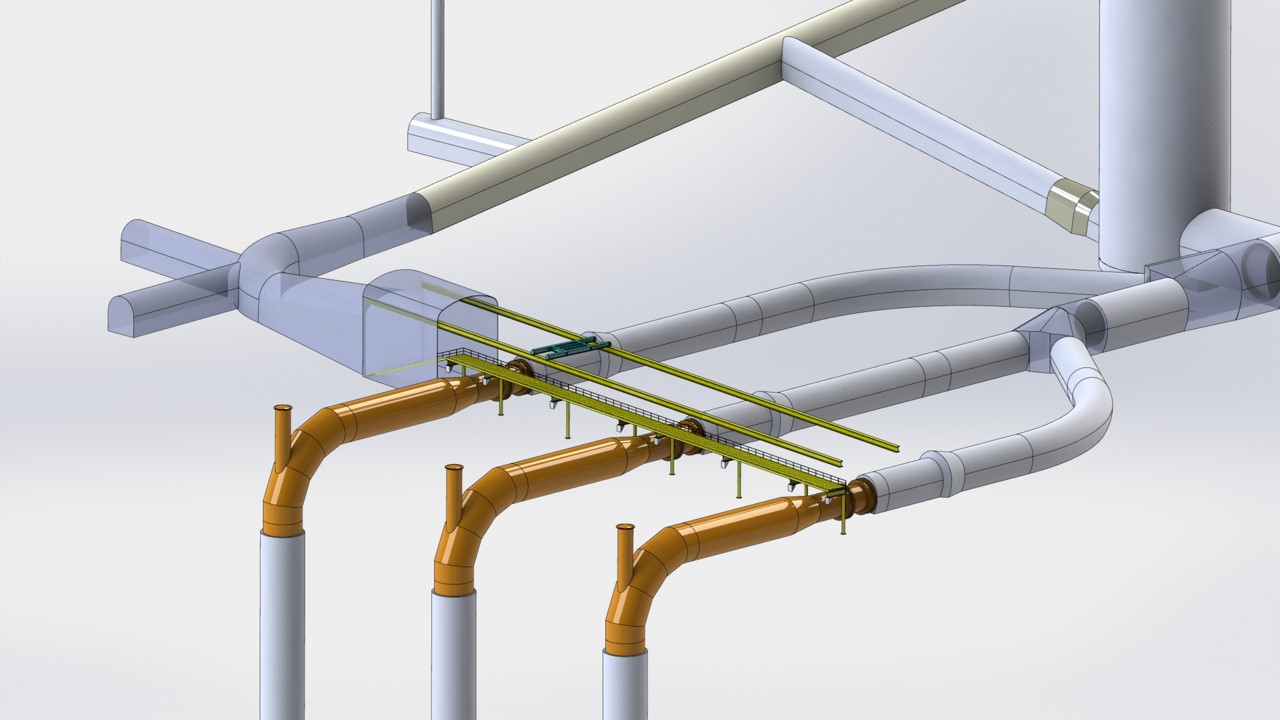 Rendering of the surge shaft base and top of pressure shafts showing valve chamber and tunnel arrangements, shapes, and appurtenances for construction and permanent access.

Building Information Modeling (BIM) is alive and well in the AEC industry and has made some exciting inroads into the underground design and construction market. Because of the fact that we are not designing buildings, we term it Virtual Design and Construction (VDC), though the technology and process are similar. Parametric 3D modeling was developed in the aerospace industry to simulate reality and advance designs prior to costly, physical prototyping. Later, the AEC industry adopted the same tools to streamline the design and documentation process in the vertical market. Contractors also found value using these tools to simulate construction as well as analyze phasing. Owners found value for asset management during the operational and maintenance lifespan. Regardless of acronym or where it is used in the AEC supply chain, the value is the same. Digitally simulating reality increases visibility and therefore adds predictability into the process. Project savings follow as traditional, downstream considerations move up earlier in the process, allowing for changes to be made when they are less costly.

Recently, we saw idea this take hold and add value on the design-build tender for Snowy 2.0, a proposed hydroelectric development in Australia. What made Snowy 2.0 unique was not just the magnitude of the facility; it was also the scope of the VDC requirements at tender. Central to the effort was the preparation of a project-wide, federated 3D model. The model was not only a requirement for technical approach and pricing submission, it ultimately became the primary means with which the disciplines interfaced during tender design. In this environment, the team was able to understand the evolving design in its entirety and most importantly contemporaneously with each change. The model was a repository of the project’s geometry, and also for other forms of relevant data linked to the 3D objects. In this way, the model became a knowledge capture environment, eliminating the need for team members to seek alternative sources of information. Design and constructability considerations as well as construction costs were all part of the development of the model. The team broke from the horizontal supply chain of traditional project delivery and rearranged itself into something unique. With VDC, the tender design moved from the end of the chain to the center of the bid team. Each discipline arranged itself around the model, allowing for a bi-directional flow of project information.

The size and scale of the project were massive by any measure. Thanks to VDC, our team increased visibility and therefore added predictability into the process, allowing our scope to be well understood by all, despite the ever-evolving design information in a dynamic tender environment. If all this was possible on a short-cycle mega design-build tender, imagine what it can do on your projects during delivery.