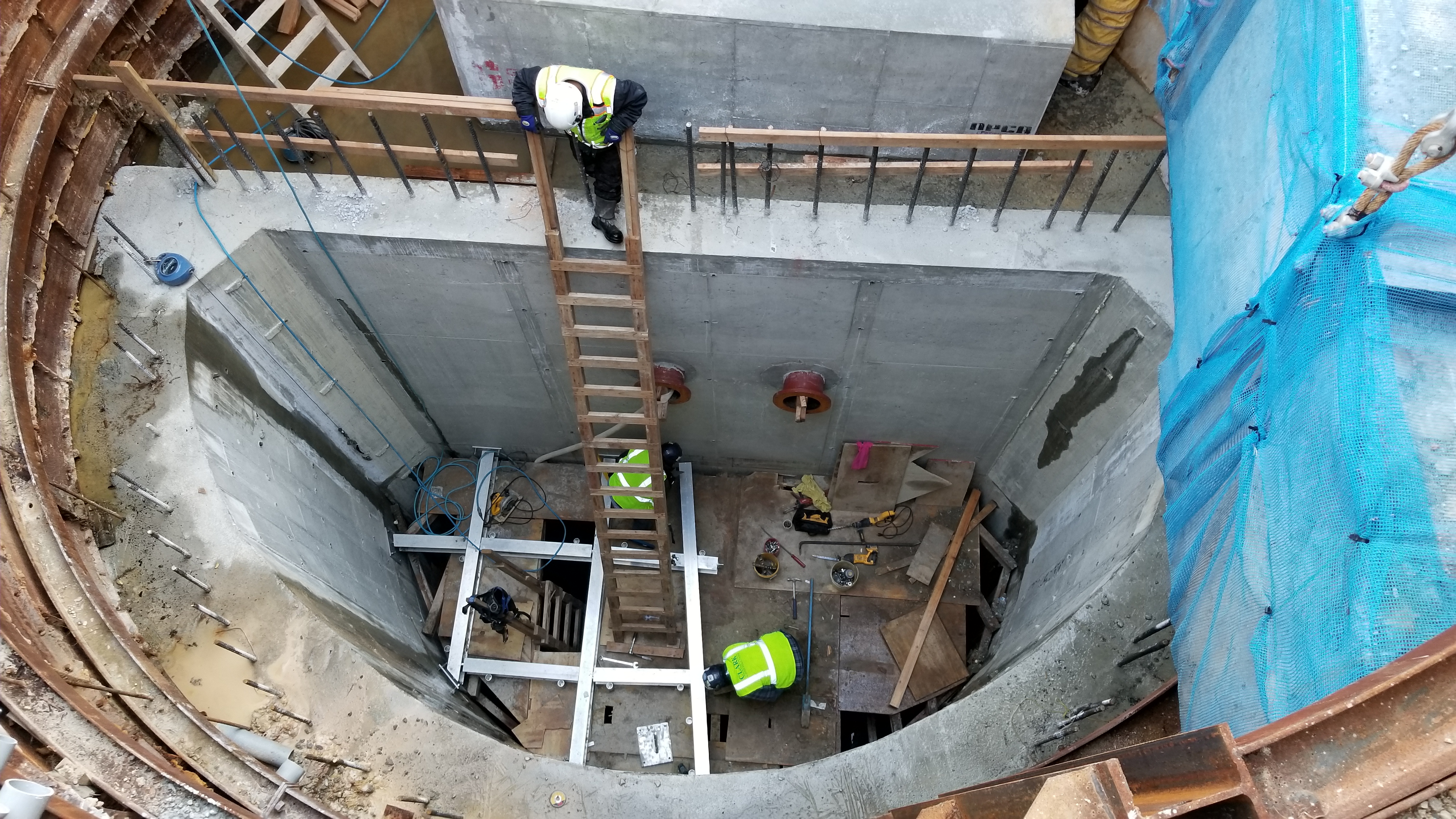 McMillen Jacobs Associates is the lead design consultant on the design-build CSX Camden Street Storm Drain Replacement Project in Baltimore, Maryland. This CSX Transportation project replaces a portion of the Camden Street Storm Drain that was constructed in 1891 in conjunction with the construction of B&O Railroad’s Howard Street Tunnel (HST). The 48-inch (1,220 mm) brick-lined storm drain runs perpendicularly under the railroad tunnel and breaches its brick and concrete invert. The storm drain was designed both to convey storm water flow from the surrounding City of Baltimore storm drain system and to collect the HST drainage.

In the early 1990s, to add vertical clearance in the tunnel to accommodate larger railcars, the railroad track was lowered approximately 1 foot (0.3 m) by removing the top of the storm drain down to springline and replacing it with steel plates. Unfortunately, this led to flooding in the tunnel. The CSX replacement project fixes this issue by hydraulically separating the HST flows and City storm drain system.

This technically complex project is in a busy area of historic downtown Baltimore with limited site access. It has a multitude of utility conflicts, and a tight design and construction schedule. It is a as a great example of the benefits of design-build since many of these issues had to be resolved as a team effort by the owner, contractor, and designers. The project recently reached a construction milestone when the general contractor, Clark Construction, topped out the structural concrete. This marks the completion of mining, support of excavation, and build-out of two shafts, three tunnels, and several ancillary structures that facilitate the long-term operation of a new pump station in one of the shafts. The pump station serves to hydraulically separate the existing CSX Howard Street Tunnel from the City of Baltimore storm drain system. The remainder of the work provides a rerouting of the existing City storm drain system through the new tunnels, a sewer diversion structure, and an invert siphon to connect the City’s existing upstream and downstream storm drains.

In early 2019, Clark Construction started testing the pump station and siphon storm drain system. The system is already effectively preventing backup of water into the Howard Street Tunnel, and the City of Baltimore storm drain system is functioning without interruption through the siphon. The project is expected to complete in spring 2019.