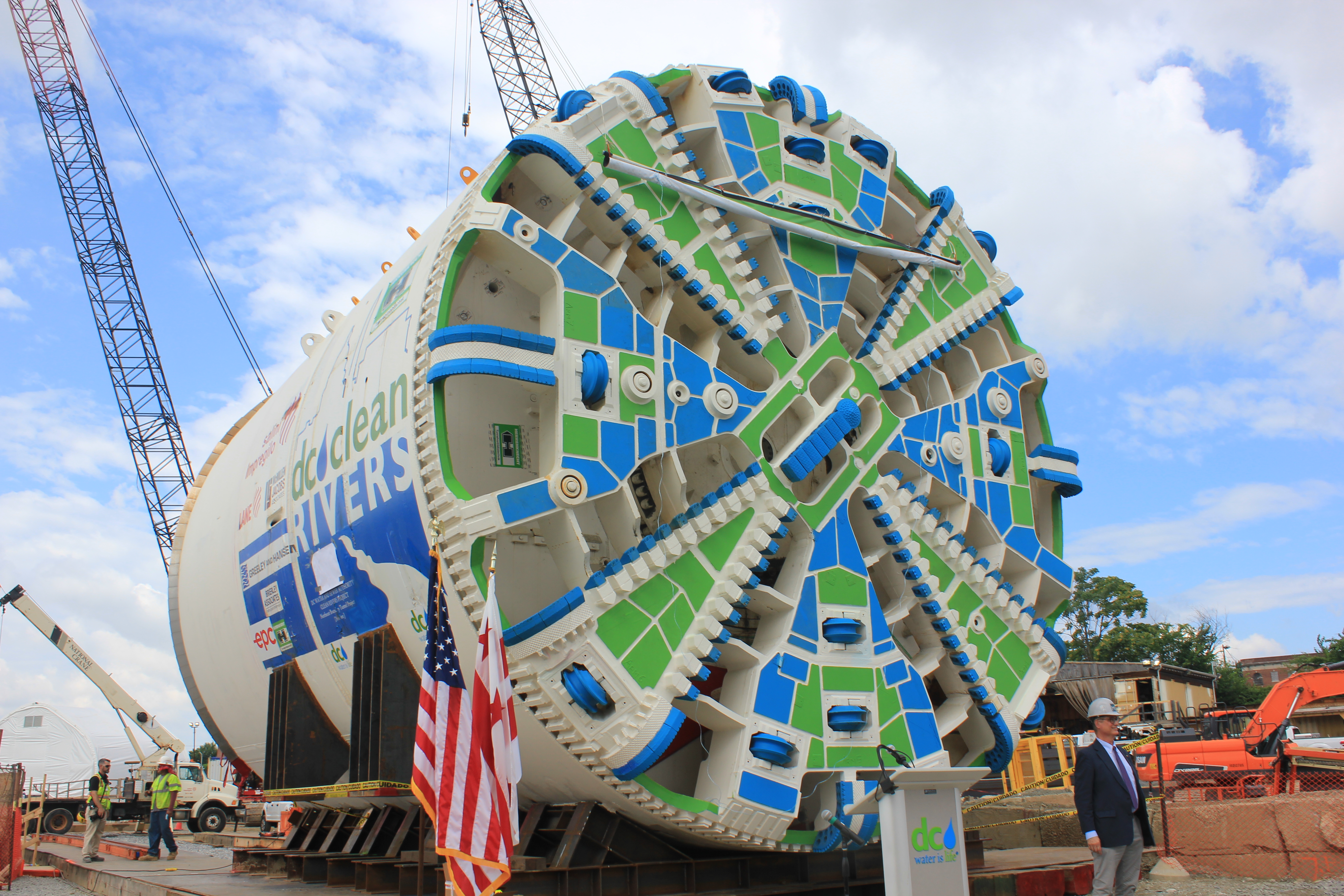 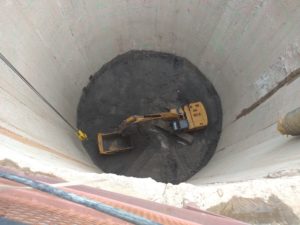 Excavation of the W Street shaft

The NEBT project consists of a 26,700-foot-long (8,140 m) tunnel, seven new shafts, and an underground connection to the existing First Street Tunnel. The Program Consultant Organization (PCO), led by Greeley and Hansen, with McMillen Jacobs Associates as the lead tunneling and geotechnical consultant, serve as DC Water’s technical representatives and the engineer of record for the permanent shaft liners and associated near-surface structures. The project is being constructed by Salini Impregilo S.A. Healy under a design-build contract, with permanent tunnel liners and temporary excavations designed by Brierley Associates.

While the NEBT is not the first major underground contract for DC Water, it poses several unique challenges compared to previous DC Water contracts. First, the NEBT involves 8,000 feet (2,440 m) of tunneling under the heavily developed Rhode Island Avenue corridor. This tunnel reach will be advanced through mixed-faced soil conditions beneath the groundwater table. Settlements must be carefully controlled to protect major cast-iron water distribution mains and other sensitive utilities and structures. In addition, of the seven new shafts for the NEBT, five will be built in the same Rhode Island Avenue corridor along with the associated near surface structures. The majority of this work will occur within the public right-of-way. Each site has been subdivided into work areas and the contract includes detailed requirements as to when each can be occupied so that impacts to the community, traffic flow, and pedestrians are predictably managed. Finally, the NEBT involves the underground connection to the existing First Street Tunnel (FST). The FST is a 20-foot-diameter (6m) tunnel constructed in 2015 with an Earth Pressure Balance Tunnel Boring Machine (TBM). The FST TBM was abandoned in-place, 70 feet below the ground surface, at the end of the First Street alignment. The NEBT contract will improve the ground around and beneath this TBM, advance a new tunnel in front of the machine, and then connect the two tunnels using the sequential excavation method (SEM). This work will involve cutting through the front of the FST TBM, disassembling the machine’s internal structure, and constructing a reinforced concrete liner to connect the two tunnels.

McMillen Jacobs Associates is working with the design-build team so that the team’s designs and construction efforts conform to DC Water’s overall risk tolerance and project requirements. The entire team has worked collaboratively to address challenges to date and we look forward to successful completion of the project in 2023.