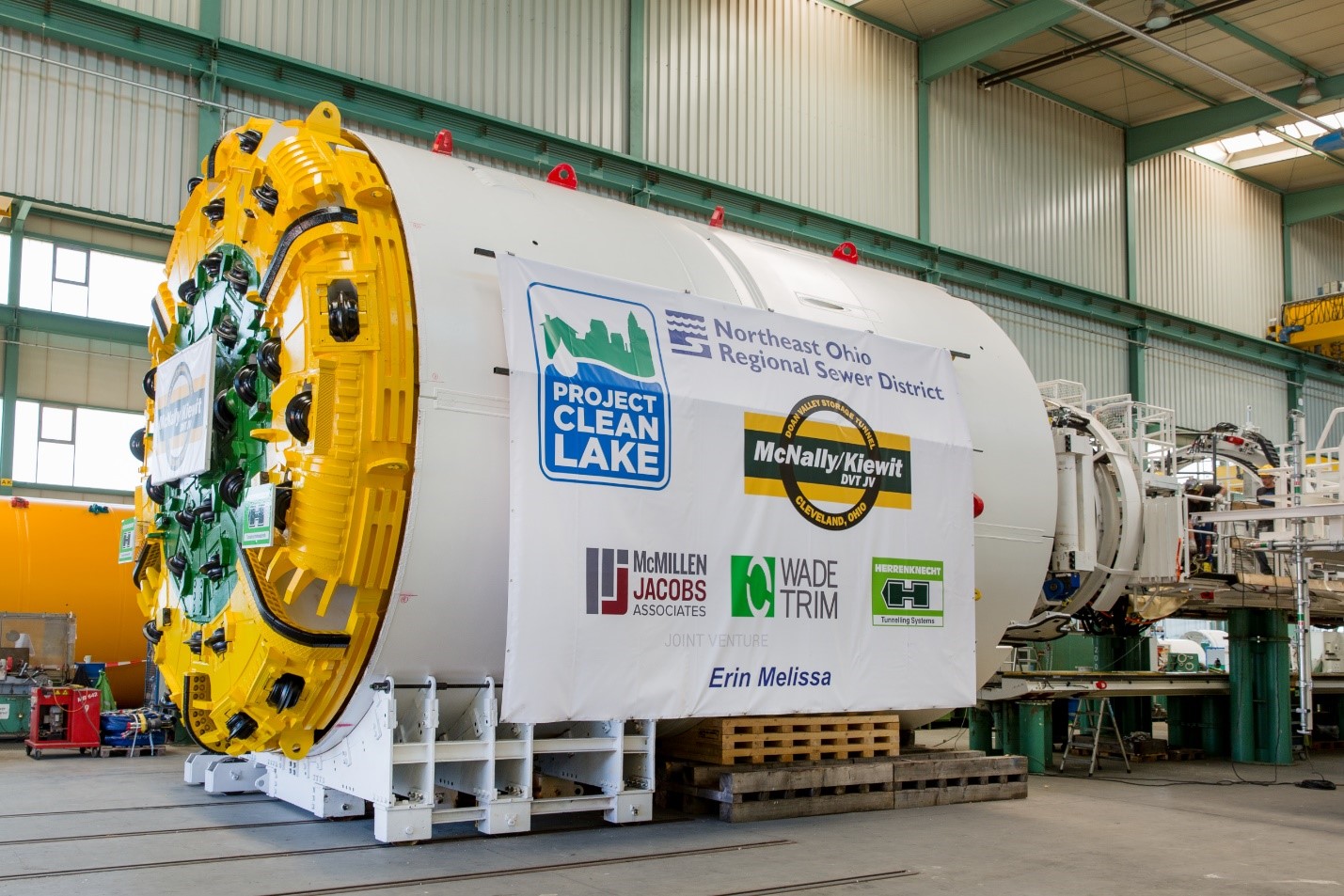 McMillen Jacobs and joint venture partner Wade Trim are providing engineering services for design and construction of the Doan Valley Storage Tunnel (DVT) project for the Northeast Ohio Regional Sewer District (NEORSD). The project is part of Project Clean Lake, which is NEORSD’s long-term plan for controlling CSOs in the Greater Cleveland Area. The DVT project is located in an urban environment just east of downtown Cleveland and includes nearly 4 miles (6.4 km) of rock tunnels, seven shaft structures with finished diameters ranging from 6 feet to 50 feet (1.8–15.2 m) in diameter, and more than a dozen near-surface structures. Final design was completed in December 2016, construction began in July 2017, and the project is being constructed by a joint venture between McNally and Kiewit for $142.3 million. 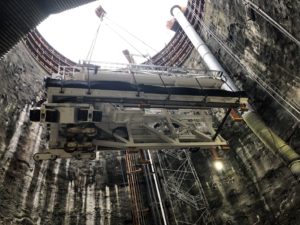 DVT TBM gantry No. 6 being lowered into the launch shaft for assembly

The DVT project is divided into three segments: the DVT, the Woodhill Conveyance Tunnel (WCT), and the Martin Luther King Conveyance Tunnel (MLKCT). The DVT is an 18-foot-inside-diameter (ID) (5.5 m), 10,000-foot-long (3,050 m) single-pass tunnel that will be excavated with a new 21.5-foot-diameter (6.6 m) single shield TBM manufactured by Herrenknecht. The WCT and MLKCT are both 8.5-foot ID (2.6 m) two-pass tunnels totaling 9,300 feet (2,835 m). They are being excavated with a 12-foot-diameter (3.7 m) main beam TBM manufactured by Robbins in 1970 and later refurbished and fitted with a shield by Herrenknecht in 2009. The WCT and MLKCT will be initially supported with steel ribs and lagging and lined with reinforced concrete pipe. The tunnels will be constructed mostly in the Chagrin Shale Formation.

All three tunnels are being mined from a single construction site, which poses several design and construction challenges. The project is located within the vibrant and culturally prized University Circle neighborhood, and construction sites were designed with tree protections, sculpture art protections, and a small-diameter helicoidal shaft to minimize impact to the area. There are several utilities within the TBM launch site work area where service disruptions are prohibited. This constraint prevented relocation of the utilities and required the contractor to design and install protective measures in the work area. 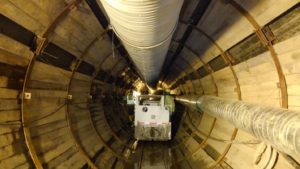 Steel ribs and lagging supports in the WCT

Herrenknecht has completed manufacture of the new DVT TBM, known as “Erin Melissa,” which was delivered to the project site in October 2018. The Erin Melissa is currently being assembled in the starter tunnel for its launch later in 2019.