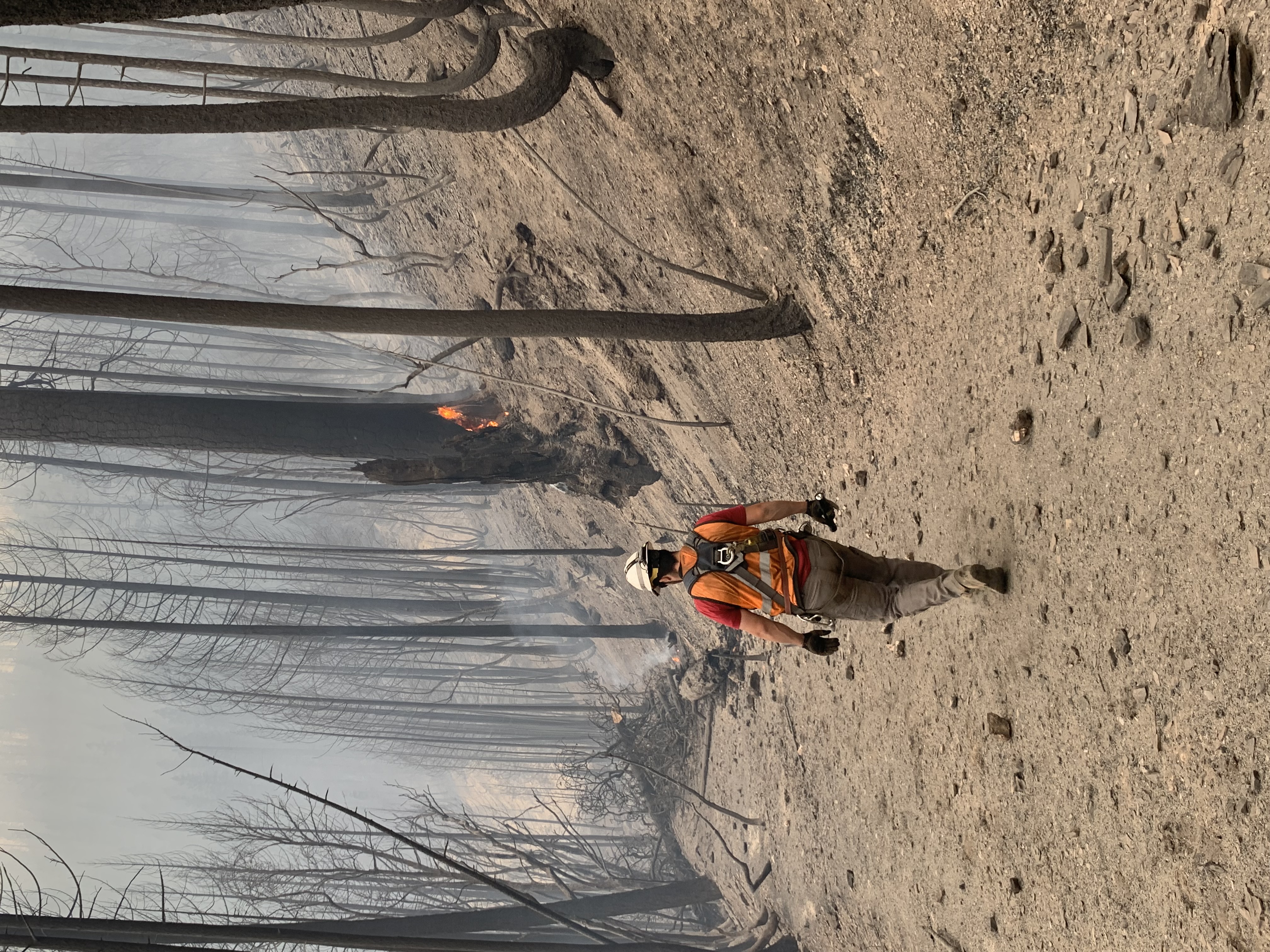 Located in the rugged terrain of the Plumas National Forest outside of Quincy, California, the 480-foot-long (146 m) BNSF Gateway Sub Tunnel #4 is on an active rail line. The original tunnel liner consisted of timber sets and lagging, concrete panels, and steel sets with C-channel lagging. As a result of the Dixie Fire that ravaged over 1,500 square miles of Northern California in July 2021, the tunnel partially collapsed once the 188 feet (57 m) of timber liner at the tunnel center burned. The collapse blocked the main rail line of the Gateway Sub, which connects Klamath Falls, Oregon, to Keddie, California. Responding to an emergency request by BNSF, McMillen Jacobs performed a site reconnaissance to assess the extent of damage within two days of the collapse and provided a conceptual repair design and bid documents for prospective contractors within five days. 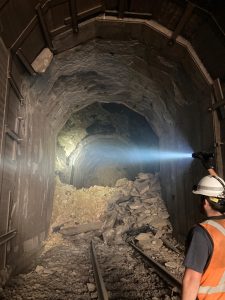 McMillen Jacobs assisted with the bidding process and continued to refine the repair design and provide design services during construction after bid award. Drill Tech Drilling and Shoring (DTDS) was the successful emergency repair contractor and mobilized to the site on August 1, 2021. McMillen Jacobs provided full-time construction management, utilizing inspectors from our Seattle, San Francisco, Walnut Creek, and Portland offices. The inspectors worked in shifts to cover the contractor’s 24/7 construction schedule, reviewed contractor’s invoices, and responded to contractor’s RFIs. 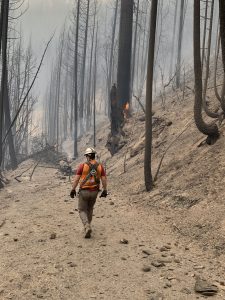 The McMillen Jacobs design team consisted of tunnel, geotechnical, and structural engineers as well as members of the company’s Design Technology group. Final tunnel support consisted of W8x40 steel members: two 15 foot 10 ¼ inch (4.8 m) posts and a five-piece arch set with a center butt plate spaced nominally at 4 feet (1.2 m) on center. The collapsed material inside the tunnel was blocky/tabular highly weathered phyllite, with grain sizes ranging from silt to boulders. Because the material tended to run into the face of the excavation, it was necessary to use a top heading and bench method of excavation and ground support through the collapsed sections.

Utilizing a jumbo drill, DTDS placed either 22-foot-long (6.7 m) C6x 8.2 spiling or 20- to 50-foot-long (6–15 m) hollow bar spiles to support the arch, and shotcrete and welded wire fabric to support the face during top heading excavation. When the tunnel face was particularly unstable, fiberglass dowels were used, and 4-foot-long or 8-foot-long (1.2 or 2.4 m) horizontal wall plates provided support of the arch during installation. The wall plates were blocked into position on the bench, and two arches were set on the wall plate. When four arches were in position, the bench was excavated, and the posts surveyed and installed into position on an existing concrete footing. The miners worked in difficult conditions to advance at a rate of one set per day. Since the tunnel is on a horizontal curve, each set had to be surveyed into the correct position. DTDS kept two full-time surveyors on site to accomplish this.

Multitasking to get the job done

The project scope expanded from reopening the tunnel to include:

• Scaling the slopes above the north and south portals;
• Adding a 44-foot-long (13.4 m) south portal extension, utilizing the same steel sets as inside the tunnel;
• Adding 42-inch (1,065 mm) vertical extensions to the wing and parapet walls at the North Portal to catch additional rockfall;
• Repairing fire-damaged spalled shotcrete inside the tunnel; and
• Repairing the 40-foot-wide by 10-foot-deep (12 x 3 m) sinkhole above the tunnel with concrete backfill and native material.

McMillen Jacobs UAV (drone) services were utilized during the project’s initial phase to understand the extent and location of the sinkhole above the tunnel. This information was subsequently incorporated into the surveyor’s 3D model of the tunnel interior and exterior.

The tunnel reopened, with no reportable injuries, in October 2021, 10 weeks after collapse. Additional work continued under work windows both inside and outside the tunnel and was completed in December 2021.