Emergency Response to Massive Rockslide on US-95 near Riggins, Idaho 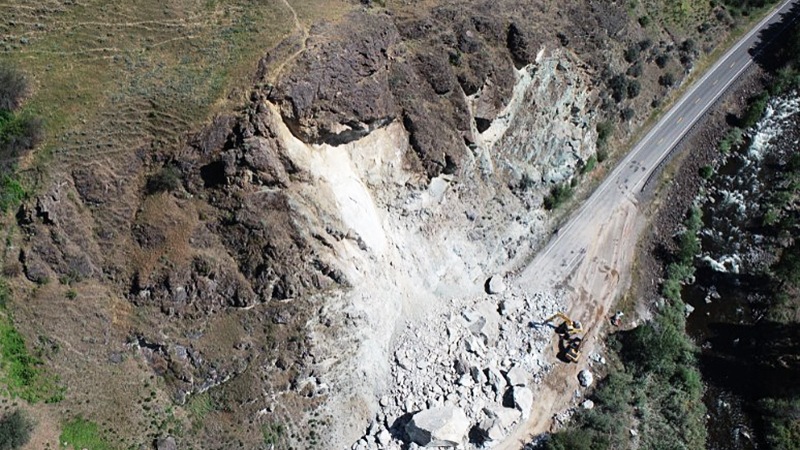 On July 3, 2020, a rockslide occurred on a slope along US-95, approximately 5 miles (8 km) south of Riggins, Idaho. The slide narrowly missed vehicles, and the debris-covered highway was closed to traffic. The Idaho Transportation Department (ITD) immediately contacted McMillen Jacobs Associates to assess the failure and provide guidance on reopening the road. We promptly mobilized a rope-access geotechnical team to assess slope stability and identify key tracking points needed to monitor slope movement. Based on our assessment, US-95 was reopened temporarily using a shoofly to bypass the slide rock debris and under a diligent slope-monitoring protocol. Traffic was limited to daytime only. 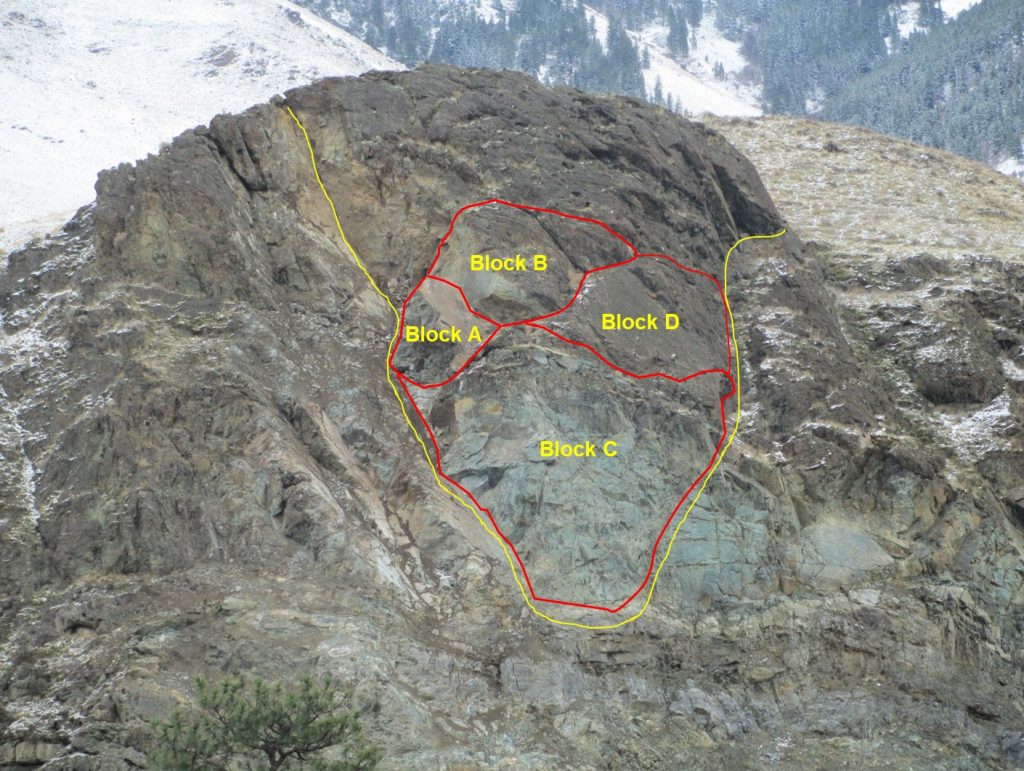 This steep canyon along the Salmon River near Riggins is historically prone to rockslides because of the complex structural geology. ITD has reported raveling and rockslides from this location for over 40 years. Our first time responding to a rockslide on this slope was in December 2012. At that time, we established and briefed ITD that the entire slide mass was potentially unstable because of the evidence of large tension fractures between several blocks in the main rock mass, which we identified as Blocks A through D. At the direction of ITD, we developed a blasting design that allowed quick removal by cushion (trim) blasting of one of the most critical and threatening of the four blocks forming a large-scale wedge on the slope (Block A). The road was reopened to Christmas traffic. After the initial emergency response in 2012, ITD elected to monitor the slope for additional movement. ITD located some survey targets on the rock mass and installed PVC extensometers over the largest tension fracture.

Eight years later, the investigation of the slope after the July 2020 event revealed the original tension fracture behind Blocks B and D displayed clear evidence of significant opening and movement since 2012. Between July 3 and July 8, survey data across Block B showed the slope was creeping and the tension fracture was continuing to open. Based on our recommendations, ITD closed the road on July 9. On July 10, Blocks B, D, and the rest of C failed along the tension fracture, fouling the road, exposing the massive underlying wedge failure surface, and leaving a large unstable rock mass in the top throat of the wedge. 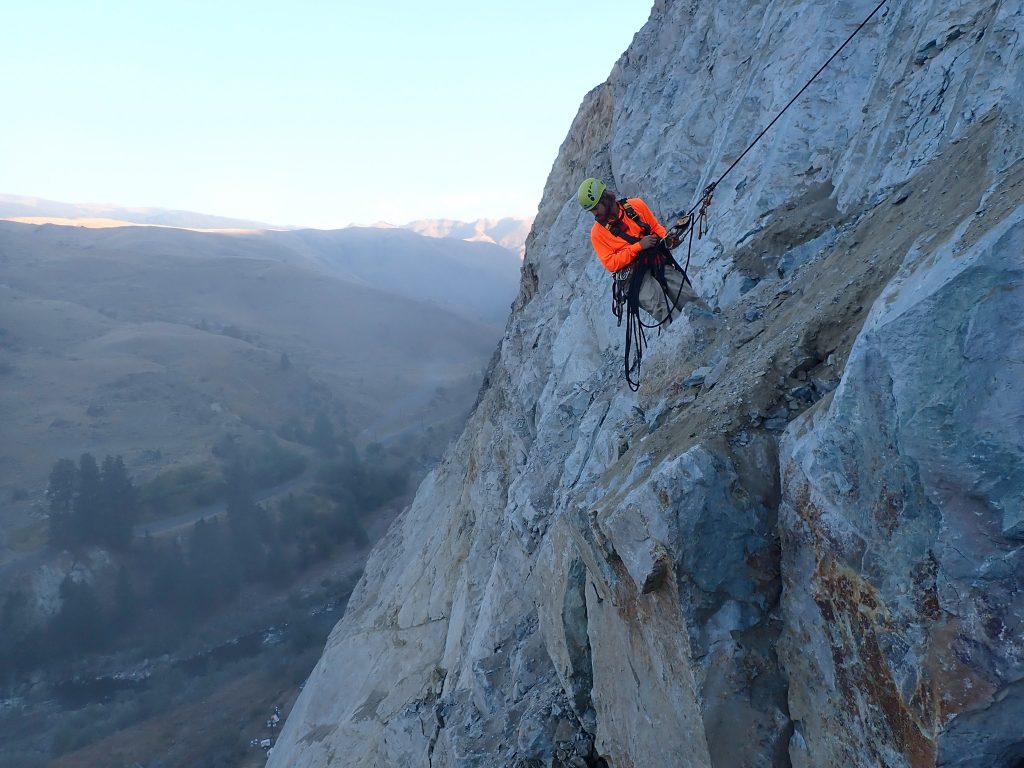 Our mitigation of this latest rockslide has included developing plans, specifications, and estimates for blasting; rock anchor installation; and rock fall mitigation. We have also provided construction management services and blasting consultation. Jerry Wallace, owner of Wallace Technical Blasting, was brought on as the Blaster in Charge to assist with blasting design and the shots. Between August 3 and August 8, 2020, McMillen Jacobs worked with BDI to install high-precision slope monitoring telemetry equipment, which included crack gauges, tilt meters, prisms, and extensometers at key locations on the unstable rock mass. After its installation, field personnel remained to monitor the rock mass 24/7.

Drilling of 119 production and trim blastholes was performed from August 12 to the morning of August 28. The entire team remobilized to the site that day to begin final work, load the blast holes, and bring the rest of the unstable rock mass down in one single shot (about 250 milliseconds), using controlled blasting techniques. The successful blast occurred at 5:30 p.m. Once the rock slope relaxed (about two days) the contractor began removing rock debris to reopen the temporary shoofly road below. Following the blast, loose rock material on the slope was removed by scaling and a reinforcement plan utilizing rock dowels was developed. Currently, 5,000 feet (1,524 m) of rock-dowel reinforcement has been installed and the anchorage system for a proposed cable net drape and Tecco Mesh system is being evaluated. We anticipate that work in mitigating this slope will be completed in mid-November, following reconstruction of the roadway prism and the rockfall containment ditch and rockfall barrier.