In Memoriam: Celebrating the Life of Alfred M. “Pete” Petrofsky 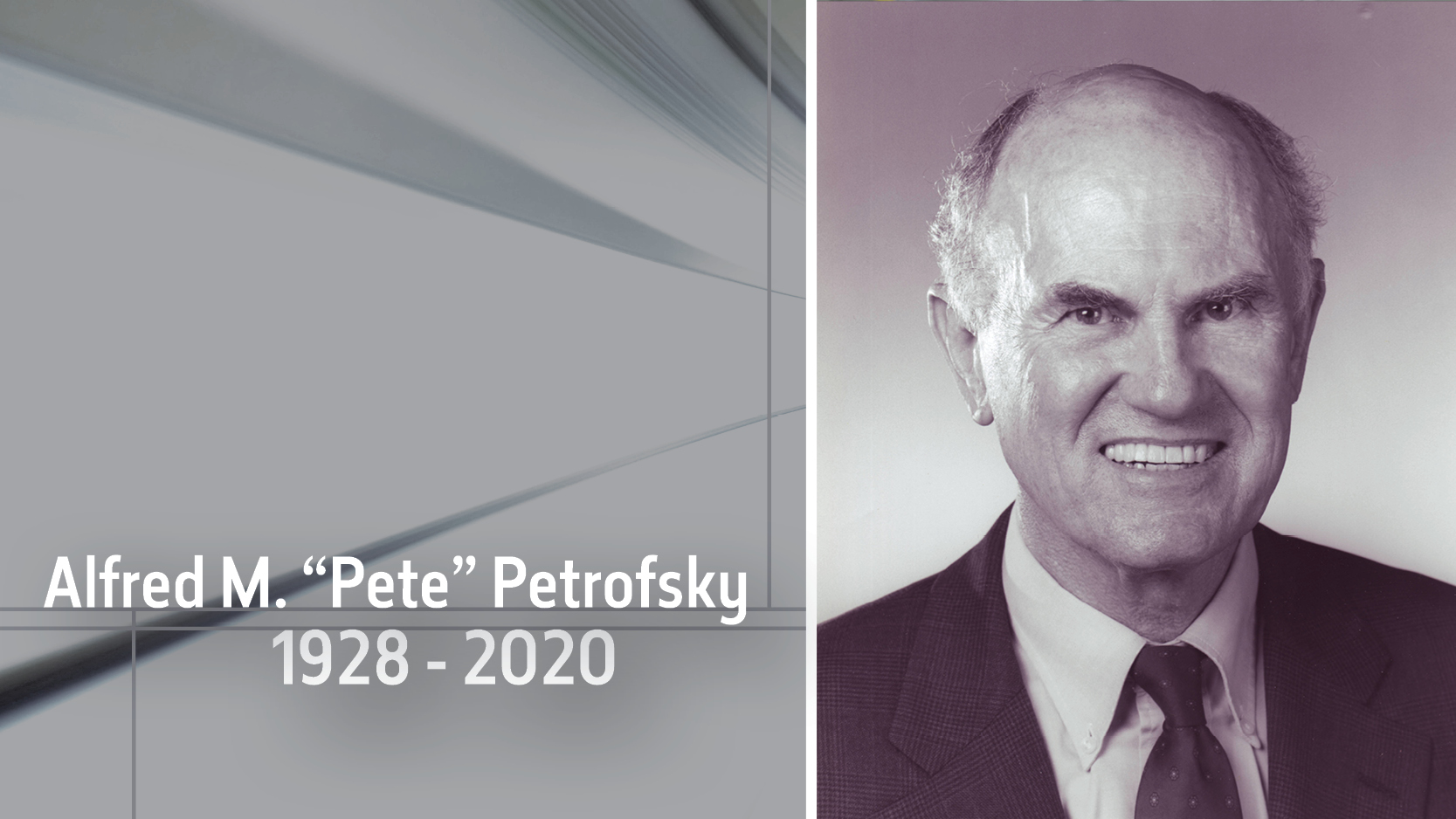 With great sadness, we announce that Alfred M. “Pete” Petrofsky, former CFO and Chairman, passed away on December 11, 2020. He was 92 years old.

Hailing from Connecticut, Pete received his BS in Civil Engineering from MIT in 1950. He started his tunneling career at Morrison-Knudsen (M-K), where his first projects included Boston’s City Tunnel Extension (water) and Boston Main Drains Tunnel (sewer). While at M-K he also worked on California Central Valley’s San Luis Dam Project, which included an earthfill dam and four power tunnels driven under difficult conditions including shale, sandstone, and conglomerate.

Pete joined McMillen Jacobs Associates (Jacobs Associates at the time) in 1966, served as Chief Financial Officer and then Chairman of the Board from 1986 to 1995. He was awarded the ASCE Thomas Fitch Rowland Prize in 1983 and the Golden Beaver Award for Engineering in 1998.

Responsible for some of our firm’s most significant projects, Pete’s professional reputation as a tunnel, chamber, and shaft design consultant was recognized and respected worldwide. He was the chief construction engineer for the technically complex Melbourne Underground Rail Loop Authority (MURLA) project. With three underground stations and four tunnels, it completely encircles Melbourne’s central business district.

Starting in the late 1980s and continuing through the 1990s Pete led the firm’s efforts on two large projects for the Massachusetts Water Resources Authority (MWRA): Boston’s Inter-Island tunnel project and the Metrowest Water Supply tunnel. The Inter-Island tunnel project involved more than 25,000 feet (7,620 meters) of sewer tunnels and Metrowest consisted of 18 miles (29 kilometers) of tunnel passing through six towns.

One of Pete’s additional achievements was helping what is now the San Francisco Public Utilities Commission advance the state of practice by bringing the first earth pressure balance (EPB) tunnel boring machine to the U.S., changing forever the way soft ground tunnels are built in North America.

By the time he retired in 2002, Pete had amassed an extensive legacy in the tunneling industry with over 50 tunneling assignments in ten different countries – but his influence on our company goes deeper than just his technical accomplishments. Pete’s philosophy of being honest with clients and employees, communicating openly and directly, and offering advice on a better solution to colleagues, even if they are not your clients or employees, helped establish the culture we embody today. His legacy is at the core of our company’s culture and we will continue to follow his example in the years to come.