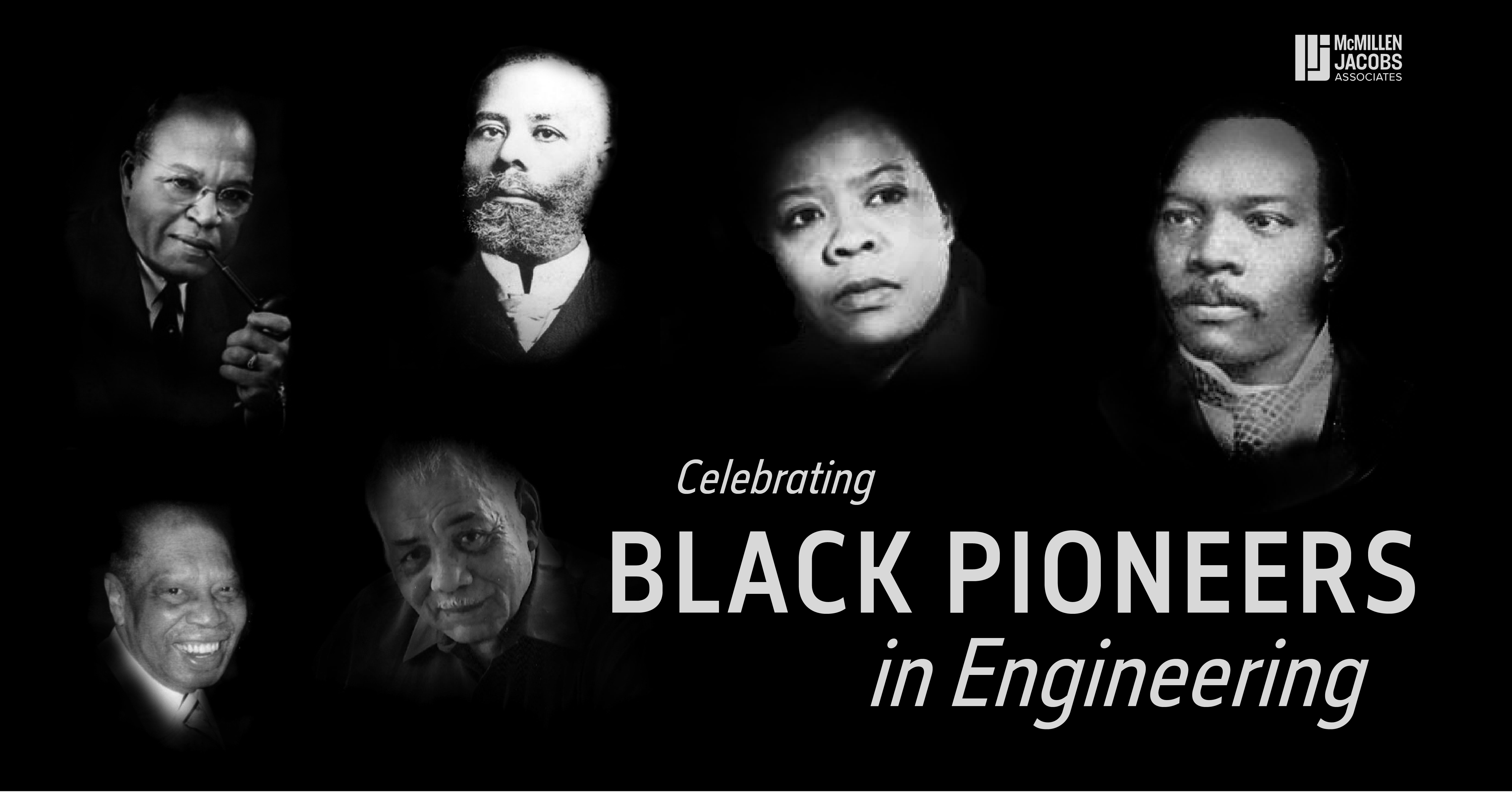 Black History Month is devoted to celebrating the accomplishments of Black Americans and honoring their legacy in the history of the United States. McMillen Jacobs honors the engineers who came before us to make our industry and world a better place.

Here are six incredible black engineers and innovators who achieved greatness and made their mark on American history!

Shelly Nathan Bailey – Bailey helped develop a new type of concrete “abnormally slow-hardening concrete,” a material used in the construction of the Orville Dam, ensuring the dam would hold water for decades on end. He was a co-founder of the Northern California Council of Black Professional Engineers, President of Sacramento ASCE, and named 1986 ASCE Outstanding Engineer of the Year.

Elijah McCoy – Legend says this visionary is where the phrase “the real McCoy” comes from. While as a fireman and oiler for Michigan Central Railroad, he patented an invention for a lubricating cup that distributed oil evenly over an engine’s moving parts, so trains required less maintenance. It’s reported that inspectors would ask those running the equipment if they were using “the real McCoy.”

Alice H. Parker – Parker filed a patent for a system of central heating after freezing through a few brutal New Jersey winters with only a fireplace to keep her warm. Her unique design called for the use of natural gas rather than coal or wood and conveyed heat via an exchanger that pushed warm air through ducts to each room. Her patent, notable because it was awarded before both the Civil Rights Movement and the Women’s Liberation Movement.

Howard Grant – Grant became the first Black graduate of the University of California Berkeley College of Engineering. He went on to become the first Black engineer for the city and county of San Francisco, where he addressed water engineering issues, and the first recorded Black member of the American Society of Civil Engineers. He was also the man behind the Northern California Council of Black Professional Engineers, an organization that helps introduce the engineering field to Black youth.

Archie Alexander – Alexander was the first black graduate from the University of Iowa engineering program in 1929. He was responsible for the construction of many roads, bridges, and infrastructure projects including the Whitehurst Freeway, the Tidal Basin Bridge, and an extension to the Baltimore-Washington Parkway in the DC area, as well as a heating plant and power station at the University of Iowa; an airfield in Tuskegee, Alabama; and a powerhouse in Columbus, Nebraska.

oods – Woods received training in electrical and mechanical engineering and invented 15 appliances for electric railways including a power pick-up device in 1901, which is the basis of the so-called “third rail” currently used by electric-powered transit systems. He also developed a steam boiler furnace and an automatic air brake. He held over 60 patents for electrical innovations and was recognized in his lifetime for his achievements, earning the nickname “the Black Edison.”