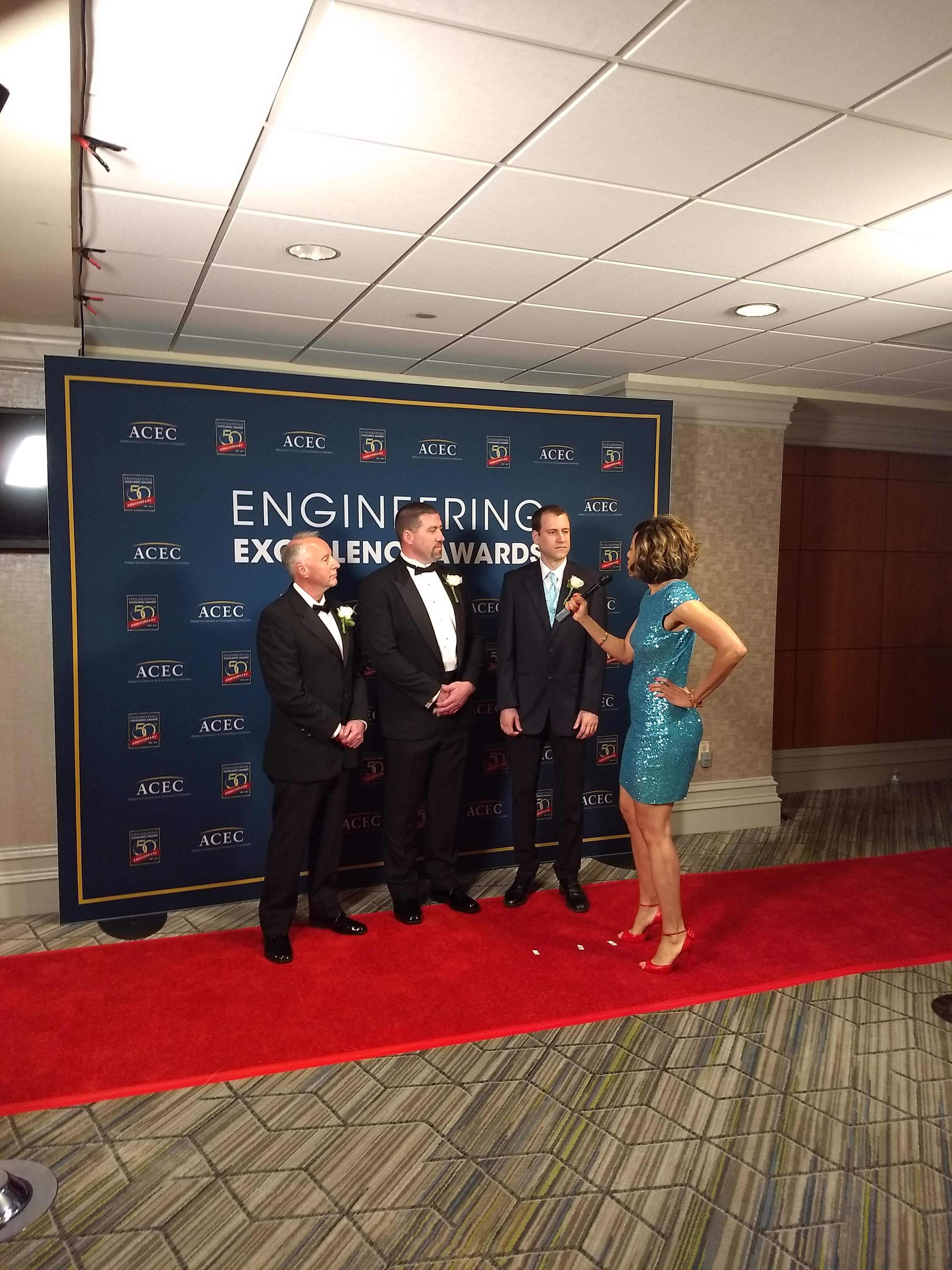 ACEC held its annual Engineering Excellence Award (EEA) Gala on May 7th, 2019 recognizing all the outstanding engineering projects of 2018. Known as the “Academy Awards” of the engineering industry, the award ceremony included red carpet interviews of the engineers and clients accepting the awards, winning project showcase, dinner and entertainment.

ACEC’s Annual EEA competition pays tribute to exemplary engineering achievements from throughout the World. Projects are rated on the basis of uniqueness and/or innovative applications of new or existing techniques; future value to the engineering profession and enhanced public awareness/enthusiasm of the role of engineering; social, economic and sustainable development considerations; complexity; successful fulfillment of client/owner needs.

We are honored to receive the recognition in Engineering Excellence and extremely proud of our Water Resources engineering team and client partnerships that made these great projects possible. More information about the award-winning projects can be found below:

The project’s design included a 23-foot-wide vertical operating gate, a 30-foot-tall concrete pier, and a 78-foot-long flashboard gate system across the spillway. The modifications significantly lower energy costs, while increasing energy security for power users, clients, and the community. 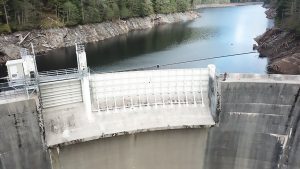 The new 6.7-megawatt hydroelectric facility operates cleaner, significantly reduces reliance on diesel fuel generators and provides significant cost savings. The design includes an innovative concrete gravity dam with a penstock system that delivers water over a mile away to a power generation plant.

Because of a 1,200-foot elevation drop in the penstock system, sections of the penstock were buried to protect from freezing and avalanches and to minimize impacts to wildlife. The project reduces diesel fuel costs annually by $2.4-million and eliminates 12,000 tons of carbon dioxide emissions.

An Honor Award in the “Energy” category went to McMillen Jacobs Associates, for the Allison Creek Hydroelectric Design-Build Project in Valdez, Alaska, achieved for the Copper Valley Electric Association. 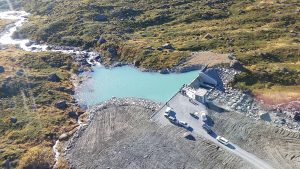 The Boise River Greenbelt serves as a linkage between several parks or “precious jewels” in the Treasure Valley of Idaho. These parks honor some of Boise’s finest civic leaders and remarkable women who were committed to their community. This riverfront park project turned an undeveloped 55-acre parcel into another important recreational gem for the community of Boise, encompassing 17 acres of ponds and 8.9 acres of riparian natural areas. Due to its proximity to the Boise River, several complex environmental, habitat, and recreational issues needed consideration throughout the design, excavation, and construction.

A recognition award in the “Environmental” category went to McMillen Jacobs Associates for the Esther Simplot Park Design-Build Project in Boise, Idaho, achieved for the City of Boise and Esther Simplot Foundation. 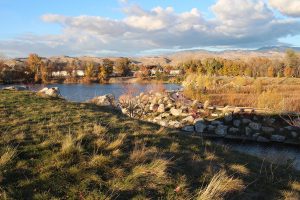 For more information about the EEA awards and a list of winners, see the following links:

Congrats to all the engineers and our clients who worked hard to see these innovative and impactful projects become a reality!