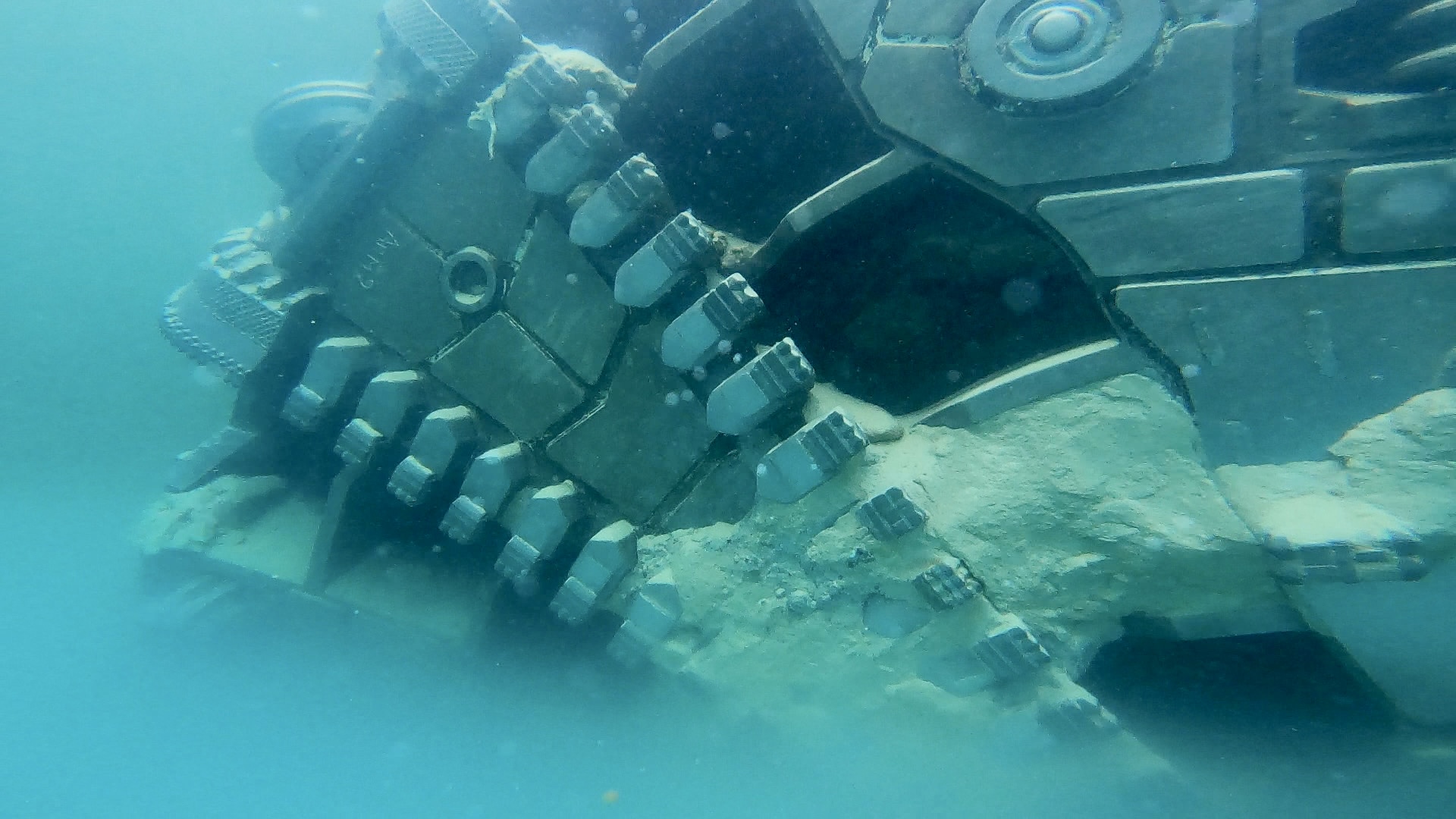 DC Water and McMillen Jacobs Associates recently celebrated hole-through of the tunnel boring machine (TBM) into the water-filled R Street drop shaft on the Northeast Boundary Tunnel (NEBT) project. This completes the 26,700-foot-long (8,138 m) NEBT tunnel drive. The $580-million NEBT is the latest major component of the Anacostia River Tunnel System. The system is part of DC Water’s Clean Rivers (DCCR) program, a $2.7-billion effort to control combined sewer overflows, improve water quality, and reduce inland flooding in the northeast area of Washington, DC. In addition to the tunnel, the NEBT project includes seven new shafts and several underground connections including the one to the existing First Street Tunnel. 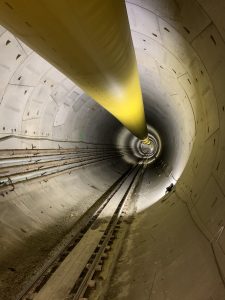 The Program Consultant Organization (PCO), led by Greeley and Hansen, with McMillen Jacobs Associates as the lead tunneling and geotechnical consultant, serves as DC Water’s technical representatives and the engineer of record for the permanent shaft liners and associated near-surface structures.The project is being constructed by the Salini Impregilo / S.A. Healy Joint Venture under a design-build contract.

The tunnel starts at RFK Stadium and ends at R Street NW near downtown DC, with the slope varying from 0.0022 ft/ft to 0.0043 ft/ft (0.22 mm/m to 0.43 mm/m). The April 2021 hole-through milestone at the R Street shaft comes almost one year after the TBM reached the W Street shaft, the first and only in-line shaft that the TBM crossed.

The highly urbanized environment required an extensive geotechnical monitoring program, which included more than 900 instruments such as deep extensometers, piezometers, inclinometers, vibration monitors, tiltmeters, and other ground and structure monitoring points.
The alignment included several 900-foot (174 m) radius curves, and the tunnel was lined with 4,442 precast universal rings, comprising six segments and a key. Planned TBM cutterhead maintenance was carried out periodically with a total of nine interventions (eight open, one hyperbaric). The TBM recorded a maximum advancement of 121.2 feet (38.9 m) on the best day and as much as 1,698.6 feet (517.7 m) in one month.

After TBM disassembly and demobilization, the NEBT will be connected to all near-surface structures with six adits that will be excavated in improved ground. A second EPB TBM (in this case, a microtunnel boring machine) is also slated to be launched this summer to complete a 700-foot-long (214 m) diversion sewer, which is also part of the project. The NEBT is scheduled for completion in 2023.