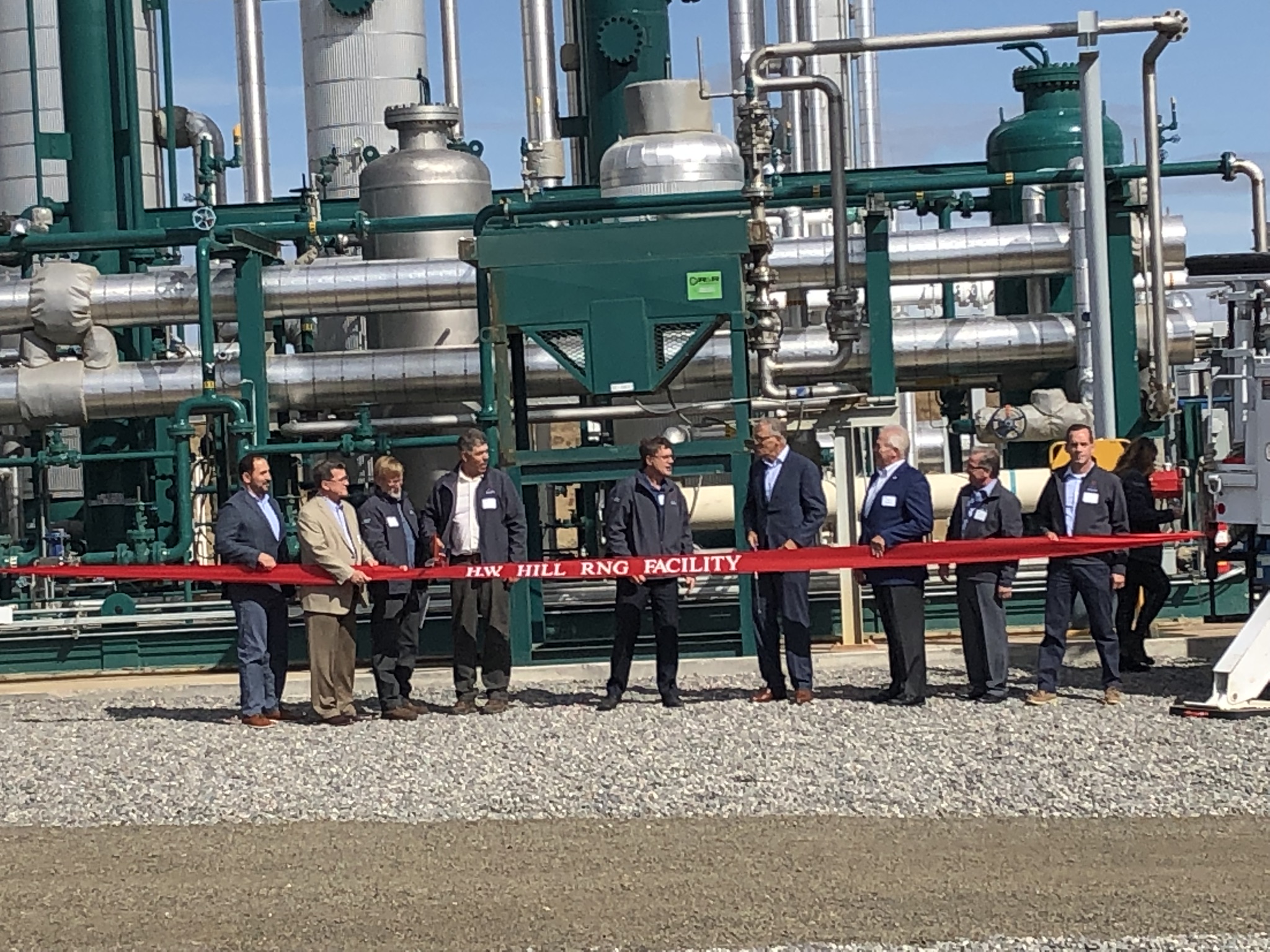 On Wednesday, September 18, 2019, Klickitat PUD hosted state and local dignitaries, and members of the community, for the dedication and ribbon cutting of its new H.W. Hill Renewable Natural Gas (RNG) plant near Roosevelt, WA. Klickitat PUD was privileged to have Washington State Governor, Jay Inslee, gave the keynote speech recognizing the Klickitat PUD team and the environmental benefits of the RNG project.

Klickitat PUD’s RNG facility is one of the largest and most efficient facilities in the United States, according to a Klickitat PUD press release. The equivalent of more than 15 million gallons of gasoline can be produced at the facility annually. Renewable energy is an increasingly important part of Washington’s clean energy future.

Among those acknowledged for their support and dedication on the RNG project, was project manager, Don Jarrett. Don brings over 40 years of experience in the design, operation, maintenance and project management of power generation facilities. Prior to the RNG project, Don worked with Klickitat PUD on the McNary Fish Ladder Hydro replacement runner and generator rewind project, which is jointly owned by North Wasco PUD.