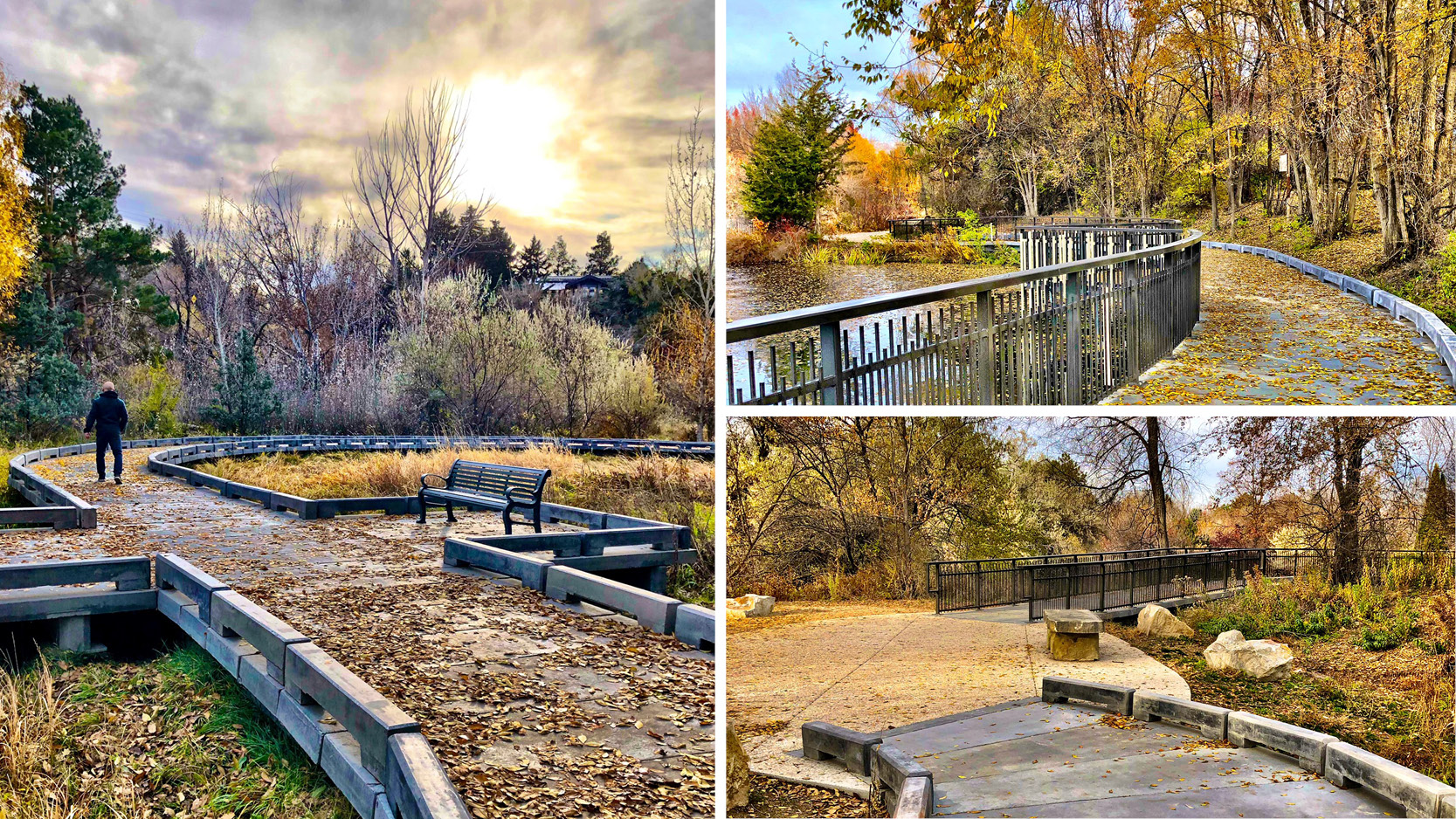 Kathryn Albertson Park (KAP) is a 41-acre, award-winning urban park conceived as a restored riparian (wetland) habitat located in Boise, Idaho. The park currently contains walking paths, scenic lagoons and dense undergrowth, specimen trees and shrubs, passive recreation areas, gazebos, shelters, and interpretive signage. There have been no major site improvements since original construction in 1989. KAP is on the Boise River Greenbelt and serves as one of the “Ribbon of Jewels” that links these precious park properties given to the city in honor of some of Boise’s finest female civic leaders and their commitment to their community. The KAP improvement project will provide a much-needed polish to this popular park destination by repairing existing facilities and improving key park features.

The project is currently in the early stage of Phase II and focused on improvements at the main entrance to the park. Crews are placing new exposed aggregate sidewalks, picnic parks, bike rack parking, and new plantings of native trees, shrubs, and meadows. The project is being completed with a “zero-waste” methodology, meaning all removed soil has been reused to build the planter areas.

The team has submitted a permit set of drawings to the City of Boise for the demolition of the existing restroom building and construction of a new structure. The new structure construction began in late October and will continue through the end of the year. Most plantings will take place in the early spring of 2021, marking the completion of the project.