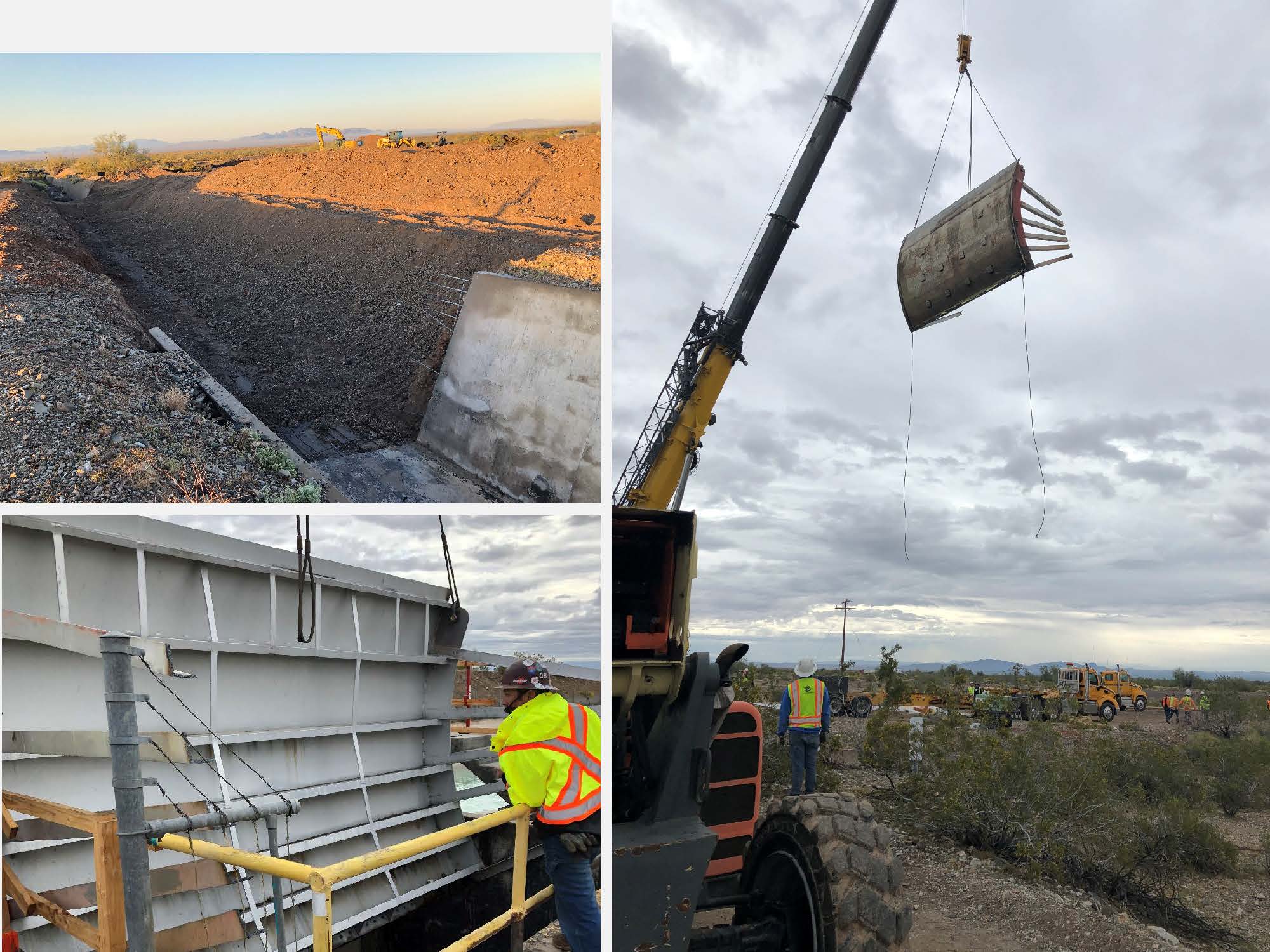 McMillen Jacobs is the prime contractor for the replacement of radial gates at seven Metropolitan Water District of Southern California (MWD) facilities located along the Colorado River Aqueduct (CRA) in the heart of the Mojave Desert. The CRA is one of the primary sources of drinking water for Southern California.  The gates provide dewatering for routine system maintenance and repairs and also serve as an emergency diversion.

In January 2020, we mobilized construction crews to start preparation for an MWD planned two-week shutdown in February to accomplish maintenance and improvements on the CRA system. During this shutdown period, we worked on the rehabilitation of the concrete platforms and installed temporary bulkheads in front of the existing radial gates to keep the water back after shutdown and allowed us to remove the existing gates.  Electrical work was also performed along with hazardous material abatement.

Following that two-week shutdown, we will start testing and training of the new radial gates and punch list work on the project, with the plan of completing all on-site work by the end of March 2021, approximately 2 ½ months ahead of schedule. 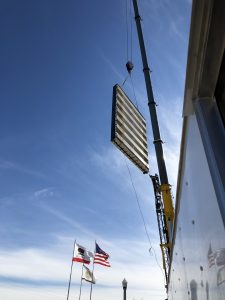 Flying the Bulkhead in at Eagle Mtn. Plant 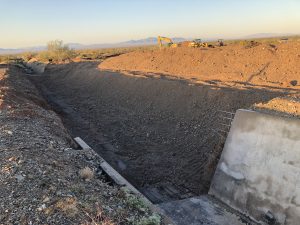 Excavation of the Vidal Wasteway