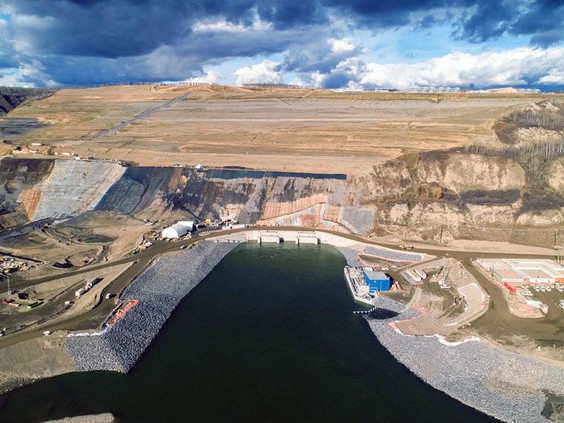 As the coronavirus pandemic marched around the world in 2020, many industry conferences were canceled leaving presenters unable to share their work and interact with their peers. Vincent Autier PE, Civil Engineer, Senior Project Manager with McMillen Jacobs Associates, Water Resources Division, was selected to present his paper on the biological requirements leading upstream fish passage selection at BC Hydro’s Site C Clean Energy Project (Site C) in British Columbia, Canada, at the 2020 Fish Passage International conference in Lisbon, Portugal. This would have been the first time the Site C temporary fish passage facility project would have been presented on an international stage.

The Site C project will be the third hydroelectric facility on the Peace River. BC Hydro identified the need for fish passage at the dam because many migrating fish species, such as Arctic Grayling, Mountain Whitefish, and Rainbow Trout utilize the river system. Upstream and downstream fish passage impacts, as well as migration options, were investigated previously resulting in an EIS that concluded that upstream passage measures were feasible and appropriate to ensure effective upstream fish passage on the Peace River. Fish would be sorted, and migratory fish transported by truck above the dam site. A temporary upstream “trap-and-haul” facility will operate during the dam construction for the purpose of providing interim upstream fish passage and gaining insight to improve the design of a permanent fishway trap-and-haul facility.  A permanent fishway will provide upstream fish passage as soon as the diversion of the Peace River through the diversion tunnels is discontinued.

Originally scheduled to present in June 2020, Vincent’s paper provided an overview of the upstream fish passage options with an emphasis on the trap-and-haul selection. His paper also would have provided the reasoning behind the decision to not utilize volitional passage at this site and how the biological requirements such as fish swimming energetics and behavior were used to select and design the fish passage type, locate the facility, and determine the attraction flow.

In October 2020, the temporary upstream fish passage facility became fully operational coinciding with the Peace River diversion through the newly built diversion tunnels. Migratory fish are naturally attracted to fast-flowing water, the permanent fish passage facility will be at the outlet of the generating station, where fish will be drawn towards the high flows exiting the turbines. The fish will then swim up a ladder up to the sorting building, where biologists can identify the fish species, place tags, take measurements and samples if needed. A longnose sucker was the first fish to make its debut at the temporary facility in the Fall. After the fish have been assessed, they are moved to fish transport and recovery tanks. The tanks are then placed on trucks and taken two kilometers upstream and then released back in the Peace River. Once released, they will continue upstream where biologists can monitor their movements. The facility was operational for a month, then went into a scheduled winter shutdown. The facility will be back online in April 2021. With the temporary facility passing fish and in full operation, the design team will have additional data to improve the design of the permanent trap-and-haul facility. We hope to present updates on the Site C project at the Fish Passage International Conference in 2022!

Check out BC Hydro’s Brent Mossop, environmental specialist, and project manager for the design phase, as he gives a tour of the temporary fish passage facility: https://youtu.be/BjtJTAodOuc

Photos courtesy of BC Hydro 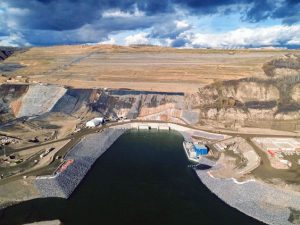 The Peace River flows out of the diversion tunnels near the temporary upstream fish passage facility (blue building). 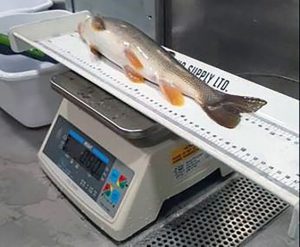 A longnose sucker was the first fish to arrive at the temporary upstream fish passage facility. 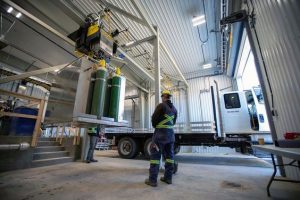 The transport pod is loaded onto a truck to take fish upstream of the dam site to be released back into the Peace River and its tributaries.