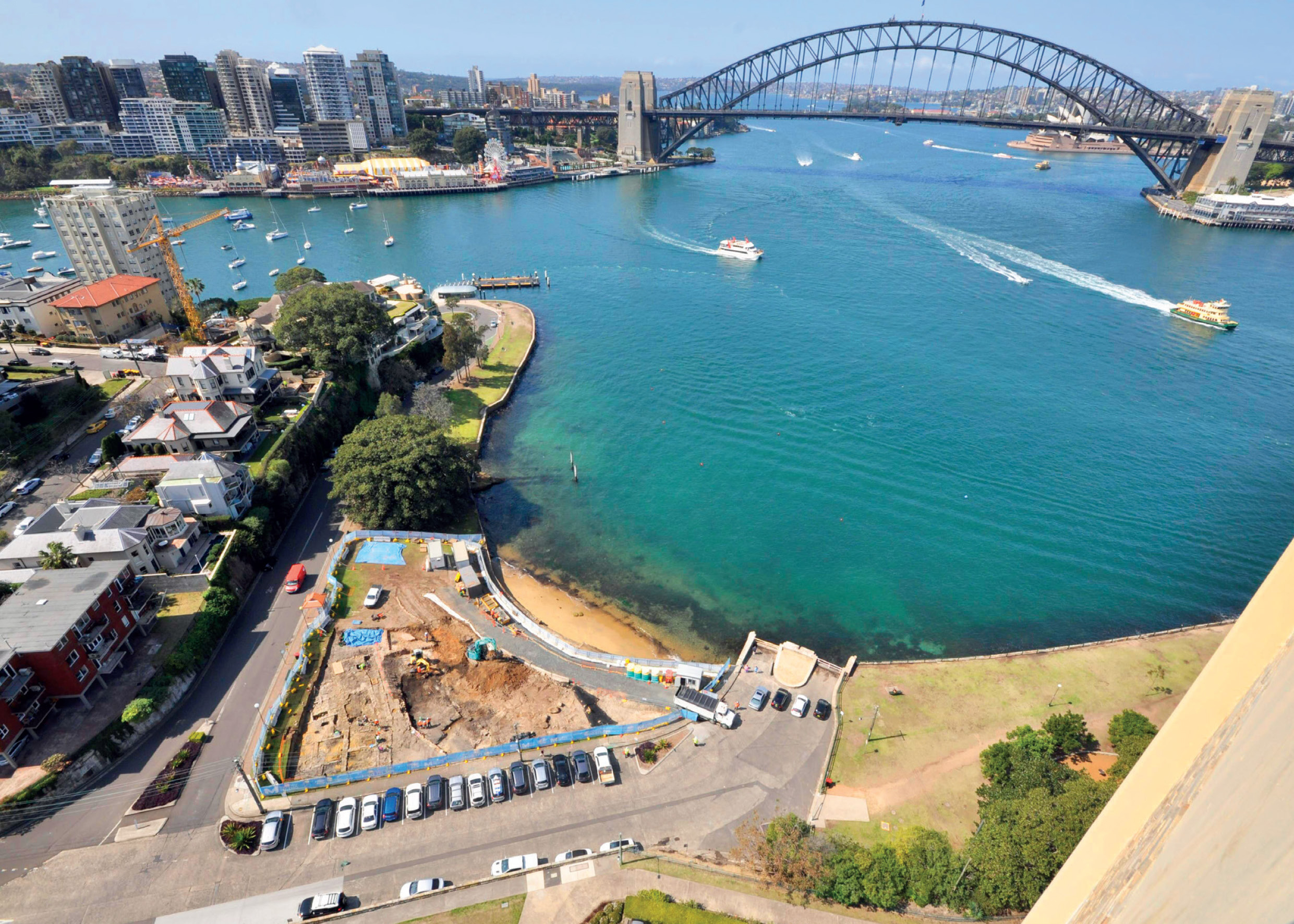 Sydney Metro City & Southwest is extending Sydney’s new metro rail network from the end of Sydney Metro Northwest at Chatswood, under Sydney Harbour, through the Central Business District (CBD), and west to Bankstown. At the completion of the project, Sydney will have 31 new metro stations and 66 kilometers (41 mi) of standalone metro railway, which will revolutionize the way Australia’s largest city travels. 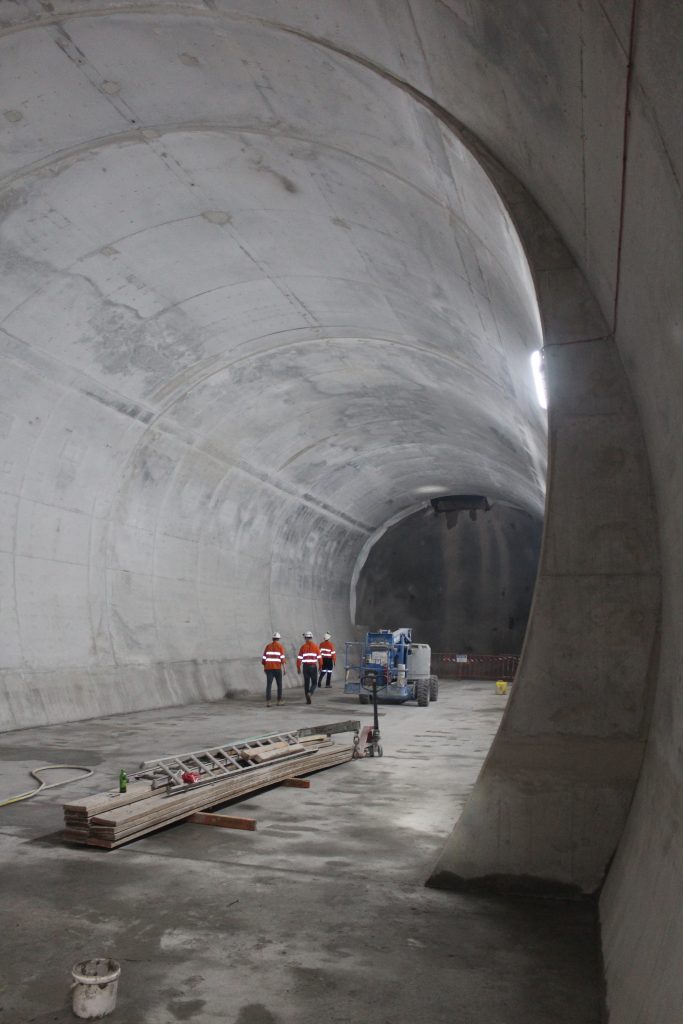 McMillen Jacobs Associates has been involved in the project since 2016, during the project’s procurement phase. We were engaged by the Design and Construct (Design-Build) Contractor John Holland, CPB Contractors and Ghella JV (JHCPBG) to deliver designs for the Pitt Street Station and Blues Point Shaft sites, as well as to provide construction phase support.

Pitt Street Station comprises a binocular platform cavern arrangement with multiple pedestrian and service adit connections. The station is located beneath major streets in Sydney’s busy CBD. Tunneling occurred at relatively shallow depths with little competent rock cover. The station geometry also required excavation within 3 meters (10 feet), in plan, of existing high-rise structures. For an added challenge, the station invert was designed to be just above the installed permanent rock bolt support of an active motorway tunnel. With respect to these interface challenges, JHCPBG’s Design Director David Polkinghorne commended all involved: “The ability to plan, communicate, analyze, face hurdles and overcome, persist, stay patient, manage risk appropriately, and the list goes on—This is what a functioning team can achieve whatever the situation. WELL DONE!”

Excavation of the station followed the sequential excavation method (SEM). Temporary primary support typically consisted of spiles and a 300-millimeter-thick (12-inch) fiber and conventionally reinforced shotcrete lining installed close to the advancing face. The design specified steel spiles; however, because of the vast number of spiles required and the manual handling needed for every spile, McMillen Jacobs worked with JHCPBG to approve the use of equivalent glass fiber reinforced plastic (GRP) spiles under certain conditions. This resulted in significantly reduced risks associated with the manual handling of spiles.

Permanent support at Pitt Street Station consisted of 350- to 600-millimeter-thick (14–24 in.) cast-in-situ concrete linings. Depending on the location within the station, the linings were either a reinforced concrete lining (full profile) or the lining was partially reinforced, with the crown being unreinforced and the invert fully reinforced. 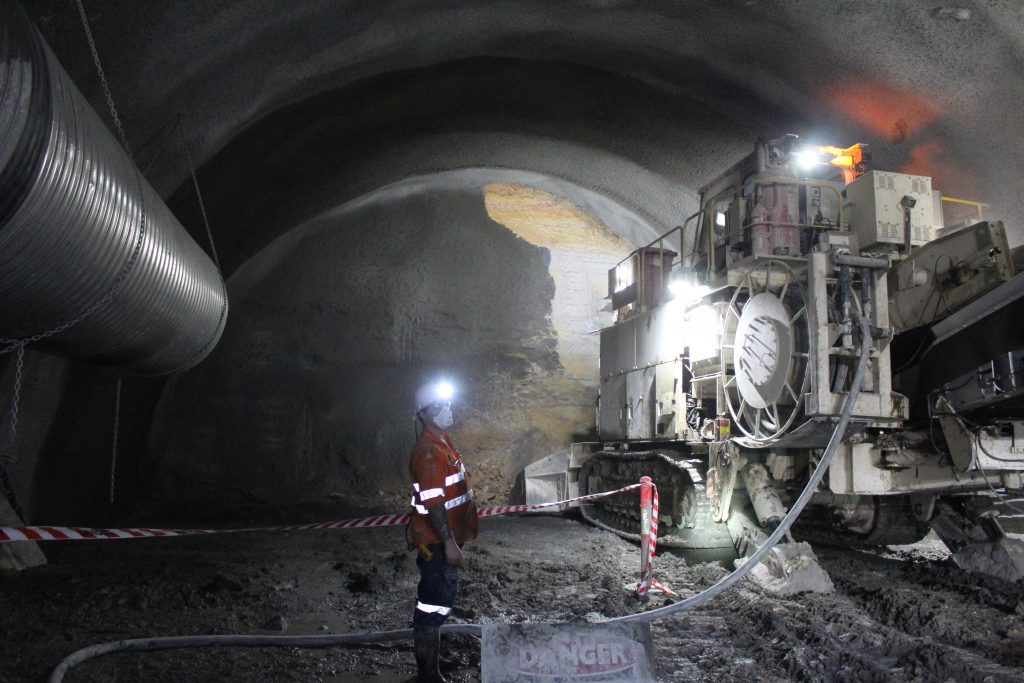 Blues Point Shaft, located on the northern shore of picturesque Sydney Harbour, was designed as a temporary shaft for the retrieval of two hard rock tunnel boring machines (TBMs) and one under-harbor TBM, to be recovered twice. Excavation of the shaft also employed the SEM methodology, and utilized rock bolts and steel fiber reinforced shotcrete.

At the time of writing, excavation and primary support of Pitt Street Station is complete, with waterproofing and permanent lining works well underway. Similarly, excavation and support of the Blues Point Shaft is complete, and recently saw the under harbour TBM break through for the final time, finishing all tunneling on the project. This was the first rail tunnel crossing under Sydney Harbour.

Chris Rees is a Senior Project Engineer in our Sydney office. For more information contact: rees@mcmjac.com.