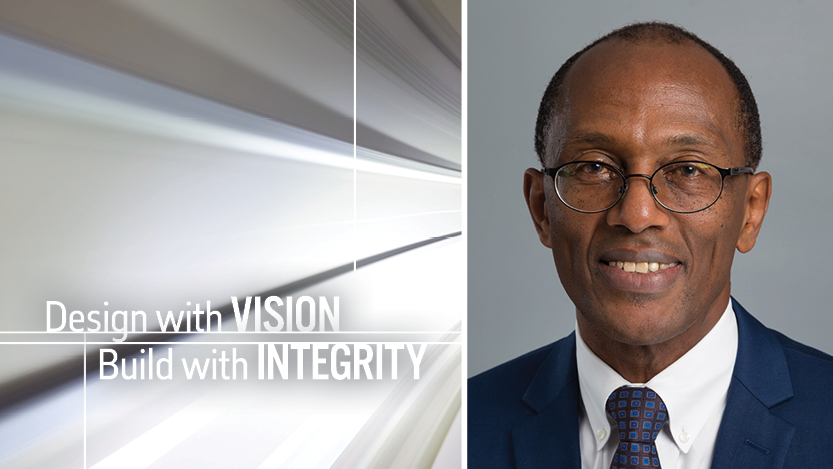 Tennyson Muindi, PE, a senior associate in our Boston office, has been honored by the American Society of Civil Engineers (ASCE) Pipeline Division with its Award of Excellence. 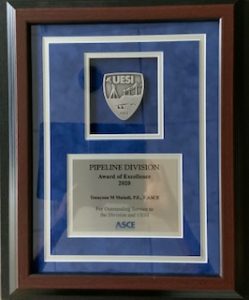 Recently elected as an ASCE Fellow, Tennyson is the past Chair of the UESI Pipelines Division Executive Committee, and was the Conference Co-Chair of the 2018 Pipelines Conference held in Toronto, Canada. He has been actively involved with the ASCE Pipelines Division Technical Committee for Trenchless Installation of Pipelines (TIPS) since 2004 and served as its Chair from 2010 to 2016. While serving on TIPS, he was involved in the development of new Manuals of Practice (MOPs) and updating of existing MOPs. These include MOP No. 133 (Pilot Tube and Other Guided Boring Methods) and MOP No. 108 (Pipeline Design for Installation by Horizontal Directional Drilling). From 2001 to 2010 he served as a member of the Transportation Research Board Committee on Soil Structure Interaction. He also served on the American Council of Engineering Companies/Massachusetts (ACEC/MA) as Chair/Co-Chair of the Leadership Education Committee from 2003 to 2008.

This annual Award of Excellence is given to a Fellow, Member, or Associate Member of ASCE who is determined by the Executive Committee to have given outstanding continuous and conspicuous service to the profession, the ASCE, and the Pipeline Division.

Please join us in congratulating Tennyson Muindi on this significant and well-deserved award!