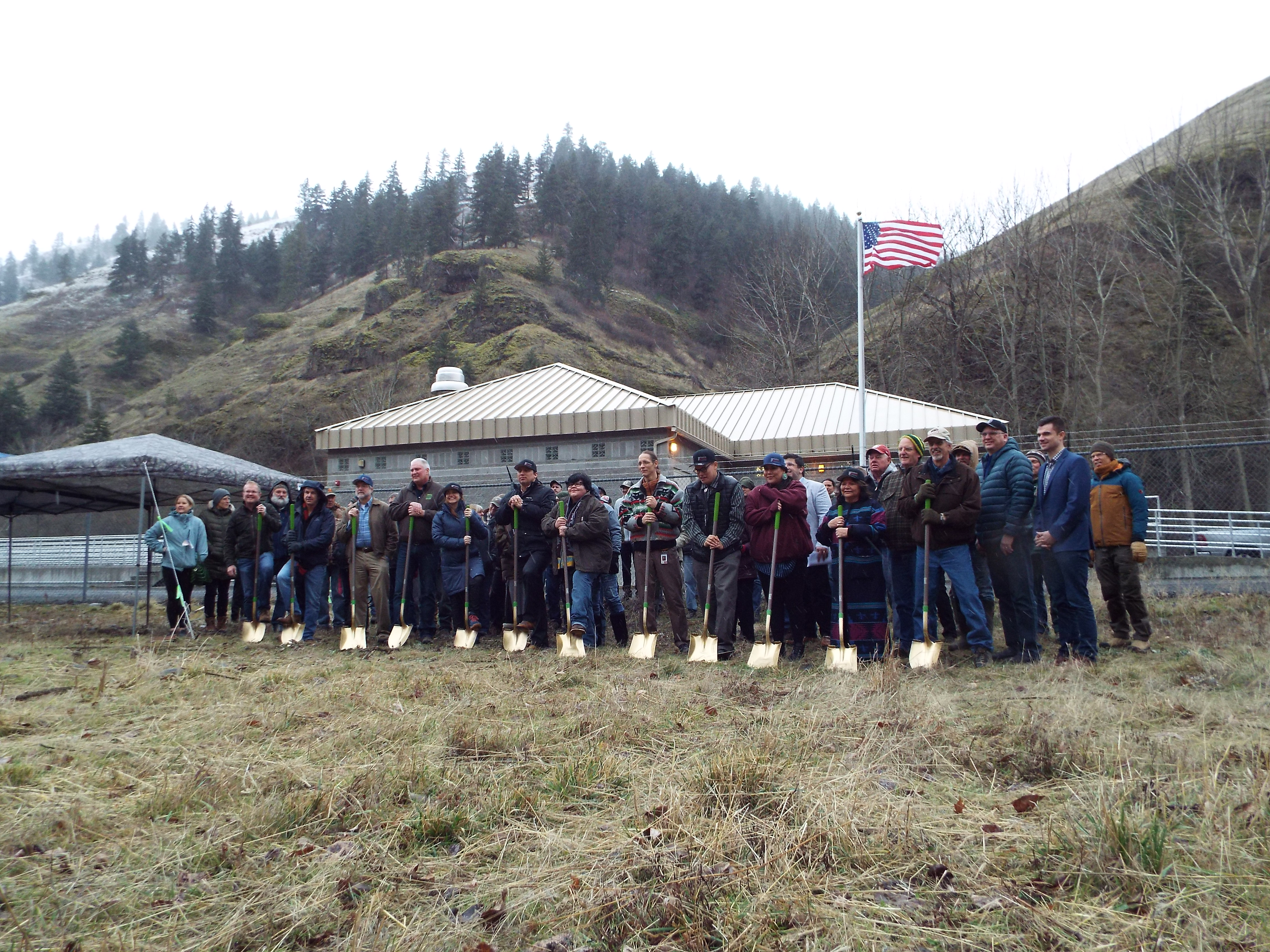 With gold shovels in hand, leaders of the Confederated Tribes of the Umatilla Indian Reservation (CTUIR), McMillen Jacobs Associates, Bonneville Power Administration (BPA), Washington Department of Fish and Wildlife and Oregon Department of Fish and Wildlife huddled together in wintry conditions, for a groundbreaking ceremony to kick off construction of the Walla Walla River Fish Hatchery!

As part of its Fish and Wildlife Program, BPA is funding the project, located 10 miles east of Milton-Freewater. Once complete, the hatchery is expected to return thousands of adult spring Chinook salmon to tributaries throughout the Walla Walla River Basin each year.

“We are really pleased that this project is moving forward,” said Kat Brigham, chairwoman of the CTUIR. “We expect the facility to produce more fish for the environment, our people and the region.”

The new hatchery will have egg incubation and full juvenile rearing facilities. Right now, eggs are incubated, and fish are raised offsite before they are released into the South Fork Walla Walla River. With the new hatchery, the Tribes can use river water to incubate and rear young salmon before releasing them, helping the fish to imprint on their natal streams. The goal is to return approximately 5,000 adult salmon annually to the Walla Walla Basin.

As part of the Engineering-Procurement-Construction contract, McMillen Jacobs was responsible for supporting the Environmental Impact Statement (EIS) process, aided in the preparation of the Biological Assessment (BA), obtained necessary permitting, provided geotechnical support, executed final design and is self-performing construction. Upon completion, McMillen Jacobs will provide one year of technical support. Under a separate contract in 2011, McMillen Jacobs supported the Step 1 Master Plan Update and provided Northwest Power and Conservation Council’s (NPCC) Step 2 Engineering Design. The Walla Walla Hatchery is expected to be completed by the spring of 2021 with the first adult salmon returns to the basin by 2026. 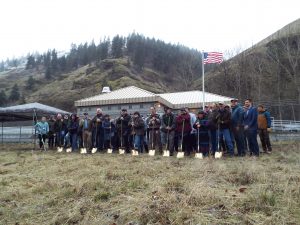