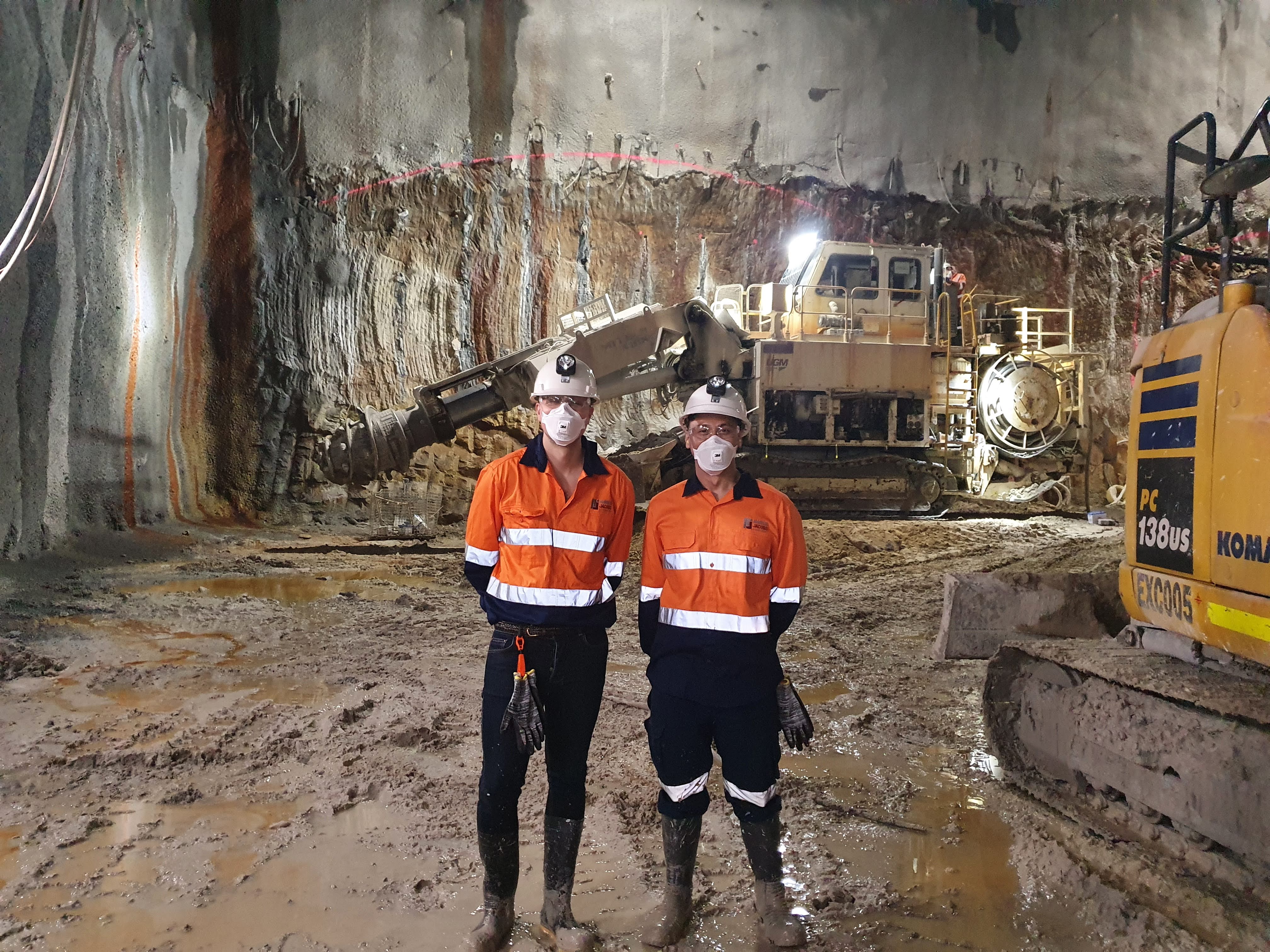 Stage 1 (M4 Widening/New M4) and Stage 2 (M8) were delivered in 2019 and 2020. Stage 3a (M4 – M5 Link) and Stage 3b (Rozelle Interchange) are scheduled for completion in 2023. McMillen Jacobs Associates provided design and construction phase services for Stages 1, 2, and 3b. The Stage 3b (Rozelle Interchange) project is being constructed by the John Holland and CPB Contractors (JHCPB) Joint Venture.

Rozelle Interchange provides a new, large, complex underground motorway interchange to City West Link as well as an underground bypass of Victoria Road between the Iron Cove Bridge and the ANZAC Bridge. It also links the future Western Harbor Tunnel to the current network. 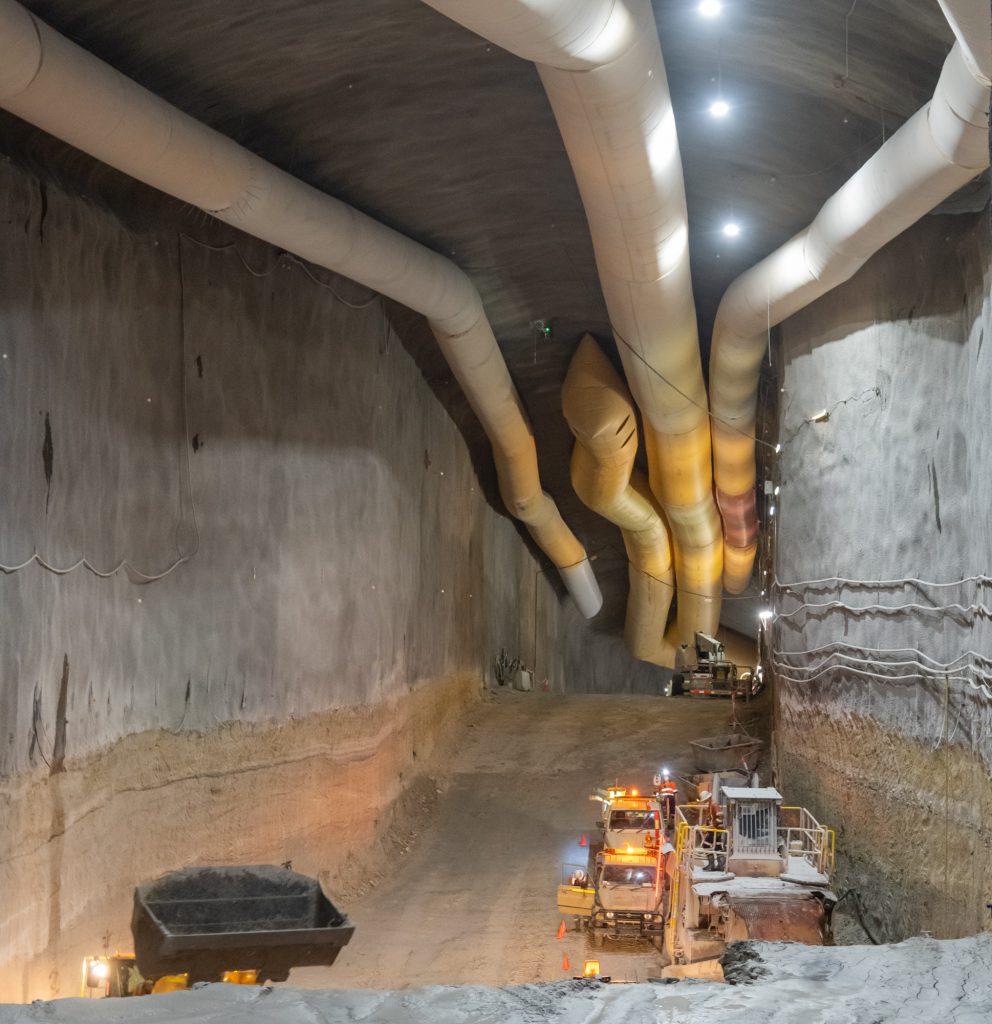 Detailed design commenced in December 2018 and included mainline carriageways, ventilation arrangements, cross passages, portals, shafts, and temporary declines that formed part of a multifaceted alignment and a network of crisscrossing, curved tunnels. Our digital engineering department developed an integrated 3D model for the tunnel and internal structures to determine the optimum spatial requirements and spaceproofing for the complex alignment.

Delivering a project of this scale and complexity required collaboration across all our regions and close cooperation between our design and construction groups. The intricacy of Rozelle Interchange is not just limited to its elaborate alignment, which results in the cover between tunnels being less than 4 meters (13 ft). It also includes the size of the excavation profiles, with mainline cavern spans of up to 28.5 meters (93.5 ft) and ventilation facilities that reach excavation heights of 21 meters (69 ft).

Encountered ground mostly consists of medium to high strength (per the Pells Classification System) Hawkesbury Sandstone, which is ideally suited for the large-span excavation geometries required by the mainline and cavern alignments. Localized geological features such as dykes and fault zones have also been encountered in the permanent tunnel works.

Unsupported ground behavior and failure mechanisms anticipated in Hawkesbury Sandstone range from stress spalling and shear displacement within the rock-bolted horizon to prevent fallout along the tunnel boundary. Support types in these conditions consist of rock bolts and shotcrete with mandated advance lengths. 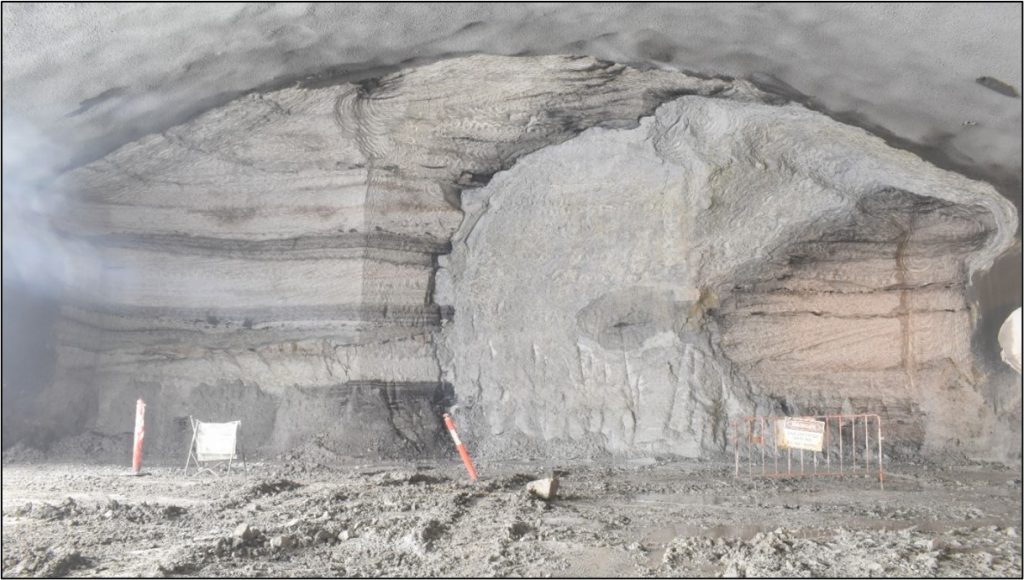