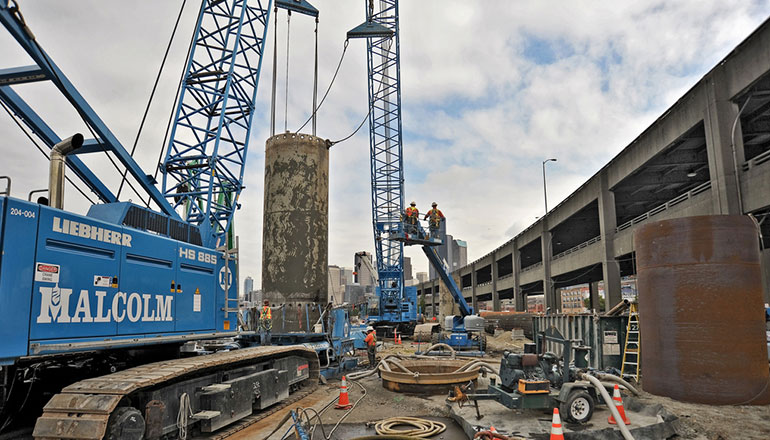 The Alaskan Way Viaduct Replacement Program includes a new 2-mile long (3.2 km) single bore tunnel directly beneath downtown Seattle. The tunnel will have a stacked configuration of two lanes on each level and operation buildings at the north and south ends. It will replace the remaining section of the still operational SR 99 Alaskan Way Viaduct, a double-decker highway damaged in 2001 in a 6.8 magnitude earthquake. In addition to the new tunnel, associated projects along the waterfront include the removal of the viaduct, rebuilding of the surface Alaskan Way, rebuilding of the seawall along Elliott Bay, and enhanced connections to the Port of Seattle Terminal 46 to bypass train blockages.

The world’s largest-diameter tunnel boring machine (TBM), known as “Bertha,” will excavate the tunnel, following a north-south route, through mixed soil conditions. Bertha, measuring 57.5 feet in diameter (17.5 m) and 326 feet (99.4 m) in length, and weighing in at 7,000 tons, is as high as a five-story building. The new tunnel is scheduled to open in late 2015.