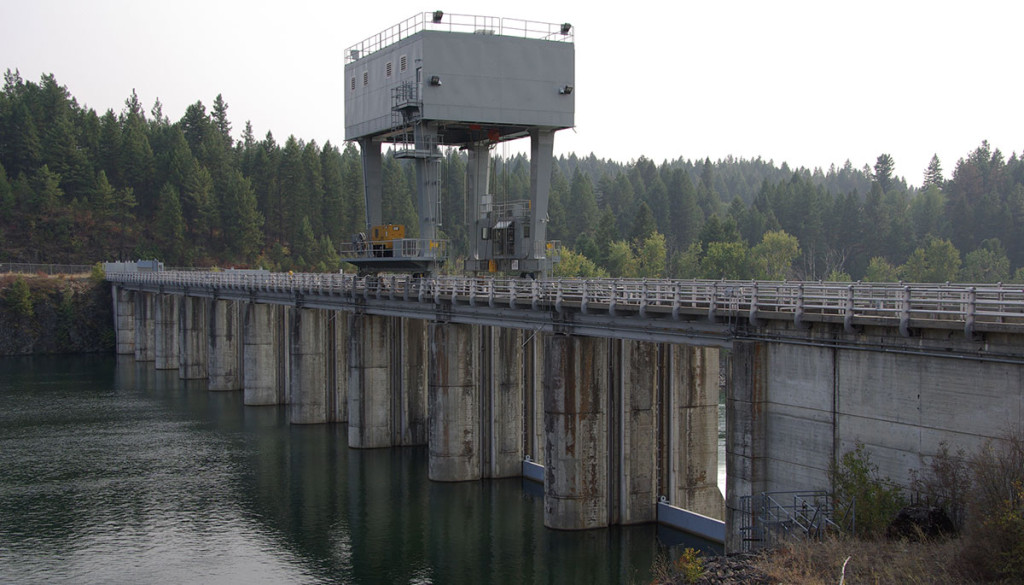 In 2014, under a contract with the Kalispell Indian Tribe, McMillen Jacobs provided the design, manufacturing, and installation of a temporary fish passage and upstream migrant floating surface collector.

Subsequent to design approval, McMillen Jacobs coordinated the procurement and fabrication of the major equipment, access platform, the fish ladder, and the floating trapping facility, then fabricated the structure in our Seattle, Washington fabrication shop. This allowed for streamlining the shop drawing preparation and review and approval process, and also eliminated potential change orders that would occur if field adjustments to the completed structure were identified during installation. The major materials and equipment procured included the structural aluminum, pontoons, grating, valves and piping, fencing, and associated material; the access platform structural steel, grating, personnel ladders, adjustable steep pass fishway, and davit crane; the water supply pump station and intake; and the associated materials required to assemble the major components of the upstream fish passage facility.

An additional task consisted of installation, startup, and commissioning of the completed fish passage facility. Under this task, McMillen Jacobs arranged the transportation of the completed facility to Albeni Falls Dam, unloaded it, and launched the completed structure into the project tailrace with our construction personnel. Improvements to the existing facility to support access to the trap were completed in advance of the actual launch. All coordination with USACE operations staff has been coordinated by McMillen Jacobs, working closely with the Tribe.

This floating collector served successfully as an interim fish passage measure in lieu of electrofishing downstream. Annual operations included March–June until the Pend Oreille River temperatures exceeded 16–18°C, and again in the fall once temperatures dropped below this temperature point.

Later, in 2015, our team assisted in the feasibility study for the permanent fish passage solution. McMillen Jacobs provided the necessary feasibility-level engineering, design, and cost estimate of the Tentatively Selected Plan (TSP) for upstream bull trout passage that has been identified and designed to the concept level.