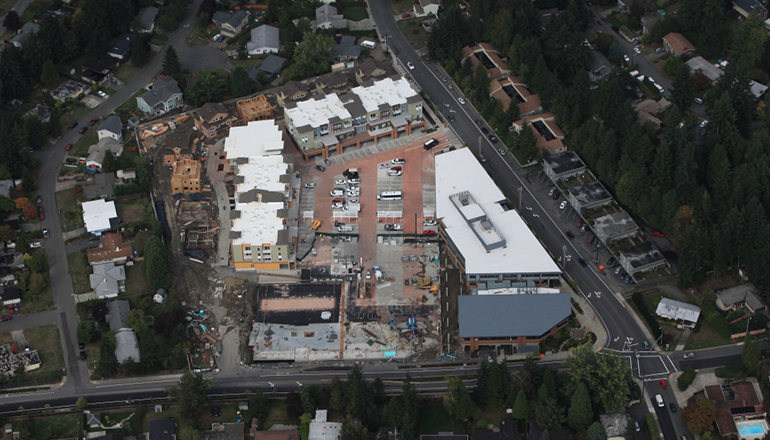 On August 23, 2018, a 12-person King County Superior Court jury unanimously rejected nearly all of an owner’s $16.7 million-dollar defect and delay claims made against a general contractor.  In addition, the jury awarded McMillen Jacobs Associates’ contractor client in excess of $5 million in disputed billings, which consisted of nearly $3 million in allowance billings, $2 million in lump sum billings, and $500,000 in extra work.

The trial resulted after a multi-year dispute spanning back to 2014 related to the construction of a mixed-use development in Bellevue, Washington, after the owner refused to pay for the contractor’s work and asserted $12 million in defects and $1 million in completion costs and back-charges, and assessed $3 million in liquidated damages for delays in completing the project.  McMillen Jacobs was retained to provide a comprehensive schedule delay analysis covering four separate project phases, each with independent completion dates.

Rejecting almost all of the owner’s claims, the jury awarded the contractor its disputed billings, in excess of $5.1 million, and just $1.4 million (of the over $12 million claimed) to the owner for defects. Based on McMillen Jacobs’ expert testimony, the jury also found that the contractor was not the sole cause of the project delays, rejecting nearly all of the liquidated damages claimed by the owner. The jury also rejected the owner’s completion cost / back-charges claim outright.