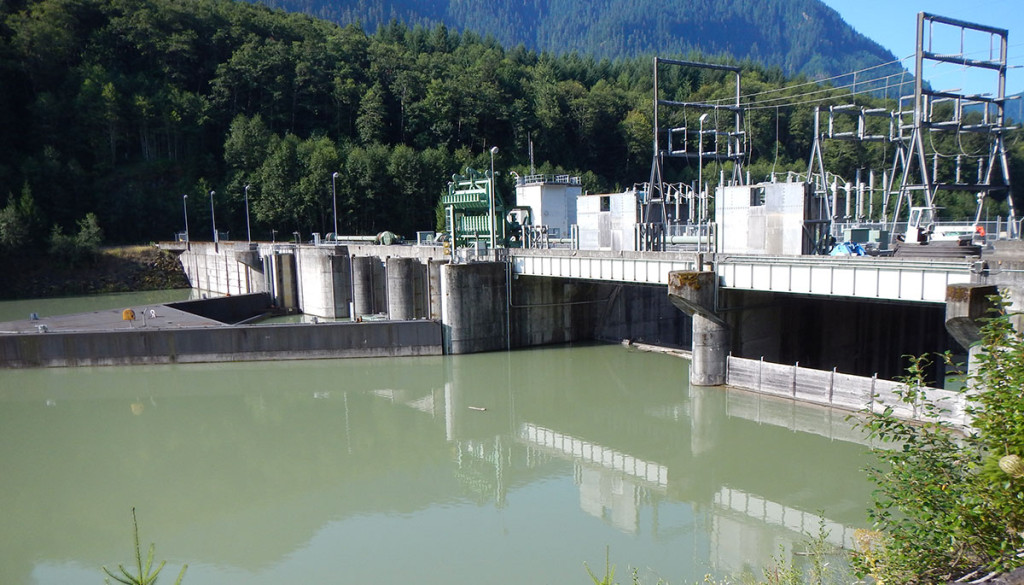 The Cowlitz Falls Project is a 70 megawatt hydroelectric dam that was constructed in the early 1990’s. The dam and power generation facility were completed in 1994. The dam is 140 feet high and spans approximately 700 feet across the Cowlitz River. The reservoir behind the dam has a surface area of approximately 700 acres.

The Cowlitz Falls Project is built in a narrow constricted portion of the Cowlitz River immediately upstream from Tacoma Power’s Riffe Reservoir in eastern Lewis County. Situated a short distance below the confluence with the Cispus River, the dam operates in a “run-of-the-river” mode, using water from the Cowlitz and Cispus Rivers.