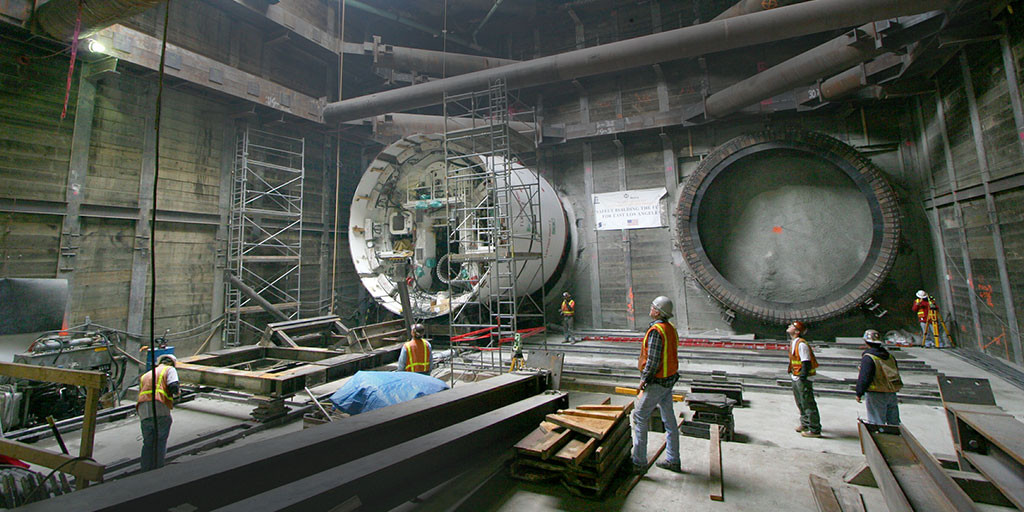 McMillen Jacobs Associates provided geotechnical, structural, and tunnel engineering services in support of preliminary and final design. This work included building assessment, analysis of settlement due to tunneling, and design of protection for at-risk buildings above the various underground transit structures. Earth pressure balance tunnel boring machines were chosen to reduce potential surface impacts, including surface settlement, and to eliminate the need to dewater during tunneling. During construction, the buildings were monitored for movement to determine if mitigation measures needed to be implemented. Compensation grouting was deemed the most flexible building protection method based on geotechnical conditions. It was used as needed during tunnel construction. This project utilized a combination of design-build and design-bid-build contract delivery methods.