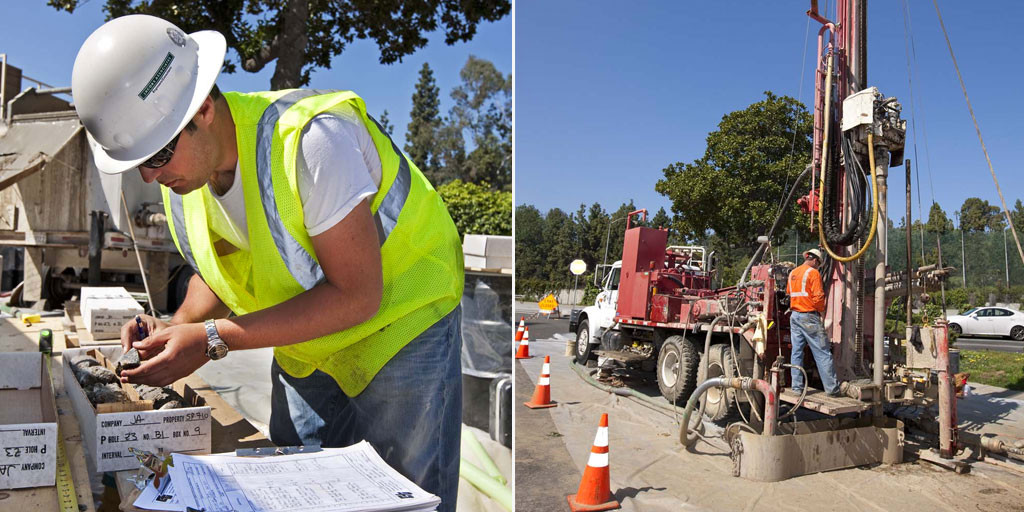 The California Department of Transportation (Caltrans) performed a feasibility study for construction of one of the world’s largest highway tunnels to ease traffic congestion in Los Angeles. Depending on the final tunnel alignment, the twin-bore tunnels could be in excess of 60 feet (18.3 m) and 4.5 to 11 miles (7.2 to 17.7 km) in length. Preliminary construction costs are estimated at over $3.5 billion. If constructed, this would be the largest bored highway tunnel (in both diameter and length) in the United States, comparable to some of the Trans-Alps tunnels in Europe.

McMillen Jacobs Associates, acting as a sub-consultant, supported the Caltrans feasibility analysis through a series of technical studies. The initial focus of these studies was on characterization of the geotechnical conditions along several potential tunnel routes. We conducted a carefully planned geotechnical exploration program consisting of surface mapping, geophysical surveys, exploratory borings, and associated laboratory testing.

The feasibility study started in late 2008 and was completed in 2010. During this time, the team completed its detailed technical studies, better characterizing the physical and environmental nature of the study area. Caltrans will use this information to make informed decisions in subsequent studies for selecting potential alignment alternatives for further analysis and design.