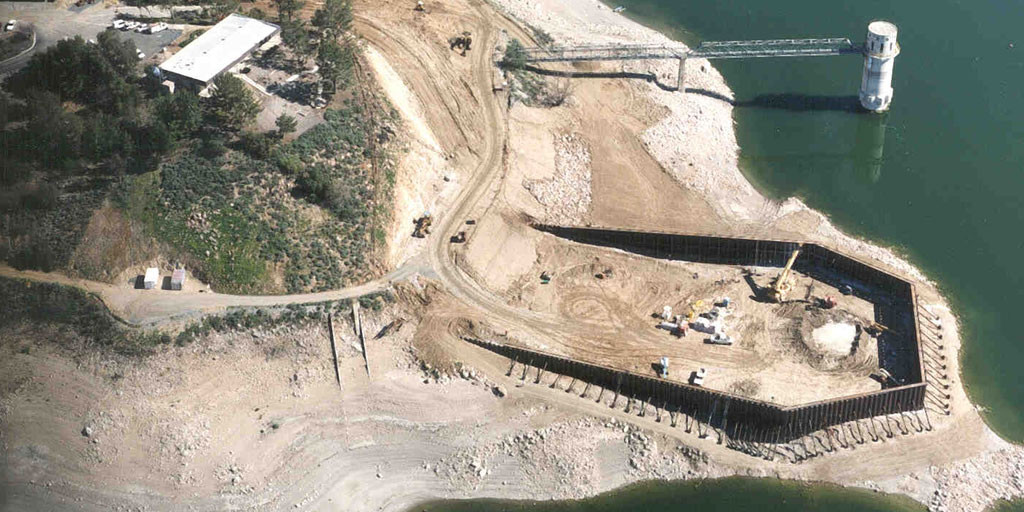 Metropolitan Water District of Southern California (MWD) engineers and McMillen Jacobs Associates personnel worked as an integrated design team on the Lake Mathews Outlet Facilities Project. Lake Mathews is a large reservoir in Riverside County, California, and is the western terminus for the Colorado River Aqueduct, which provides most of the water used by the cities in Southern California.

New outlet facilities — consisting of an outlet tower, outlet and connector tunnels, a gated shaft, and an underwater approach channel — were built to assure continued operation of the Lake Mathews outlet following a major earthquake. The new 115-foot-high, 34-foot-diameter tower has six tiers of valves. The 541-foot-long, 17-foot-diameter outlet tunnel connects to the new 165-foot-deep, 48-foot-diameter shaft, which includes four large sliding gates to control delivery of water downstream. The underwater approach channel is approximately 80 feet wide at its base and 450 feet long, with sides that slope up to 80 feet high. McMillen Jacobs Associates’ design services included development of contract drawings for the primary ground support for the shaft, tunnel, and tower excavations, as well as the final lining for the new outlet and connector tunnels.

The site of the new facilities is underlain predominantly by an intrusive granitic rock mass overlain by a thin layer of alluvial and colluvial deposits, as well as artificial fill. Key project issues included schedule constraints related to working around and within an active drinking water reservoir, preventing water infiltration into excavations, corrosion protection, and the impact of blasting on adjacent existing facilities.

During construction, we provided engineering services, including the design of a soldier and sheet pile cofferdam and a 100-foot-deep grout curtain. Construction commenced in October 2000 and completed in July 2003. The project came in under budget and was delivered on time.