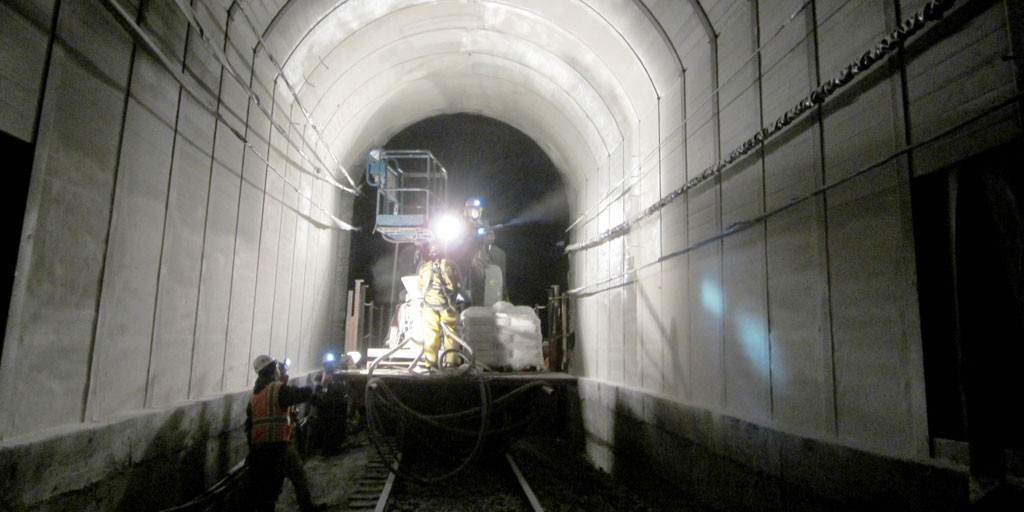 Moffat Tunnel and Tunnel 16 are located on the old Denver & Rio Grande Western Railroad in the mountains west of Denver, Colorado. These tunnels are subject to heavy precipitation and cold for a significant part of the year, and both tunnels have a long history of icing issues. A 70-foot-long (21 m) section of Moffat Tunnel experienced extensive icing during the winter of 2010/11. Drip shields, but no insulation, had been previously installed in Moffat Tunnel in this area. Insulation in Tunnel 16 was initially installed near the east portal in the late 1980s by railroad personnel and had been replaced several times because of deterioration. By 2011, the insulation needed replacement again.

McMillen Jacobs Associates was hired to design separate passive icing shields for each tunnel, and both icing shields were designed and bid in 2012. The icing shields had to fit between the clearance envelope and the existing tunnel lining, and be constructed under live track conditions, in two- to four-hour work windows.

There was adequate clearance in Moffat Tunnel to install a self-supporting insulation system. The system is supported by steel sets placed on new concrete footings. The multilayered insulation system consists of two layers of thick drainage mats on the field side, installation planks, steel channel lagging, a sprayed waterproofing membrane, and a two-inch (50 mm) layer of fiber-reinforced microsilica shotcrete on the track side. Drainage was installed on the field side of the icing shield, through the concrete footings and into the existing tunnel drainage system. Existing utilities in the tunnel, including a fiber optic cable and communication lines, were incorporated into the design and construction. Construction was completed from September through November of 2012. Post-construction inspections have shown the system is working very well.