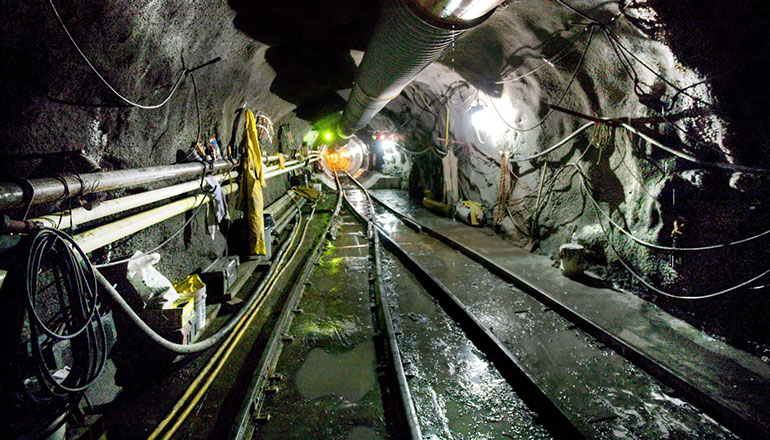 The New Crystal Springs Bypass Tunnel is part of the San Francisco Public Utilities Commission’s (SFPUC) $4.6 billion capital improvement program to repair and seismically upgrade its aging pipelines, tunnels, reservoirs, and dams. The existing Crystal Springs pipeline consists of 96-inch prestressed concrete cylinder pipe and steel pipe, installed in the 1960s below the hillside along Polhemus Road in San Mateo County. It carries Hetch Hetchy drinking water to the Peninsula and San Francisco. The pipeline and soils in this area are subject to slope instability and failure during high precipitation or major seismic events. Before this project was implemented, if a landslide or earthquake damaged the pipeline, Hetch Hetchy water supply to the Peninsula could have been cut off. The SFPUC determined that replacement of the pipeline with a deep underground tunnel and pipeline would most effectively ensure continued delivery of drinking water after a major event.

Tunnel excavation was completed on March 24, 2010, and pipeline installation was completed on May 26, 2010. The project works were put into service following connection to the existing pipeline network during a shutdown in early 2011. Final Completion was achieved on August 12, 2011. The project received a Liberty Mutual safety award in 2010 and the ASCE San Francisco section 2011 large project of the year award.