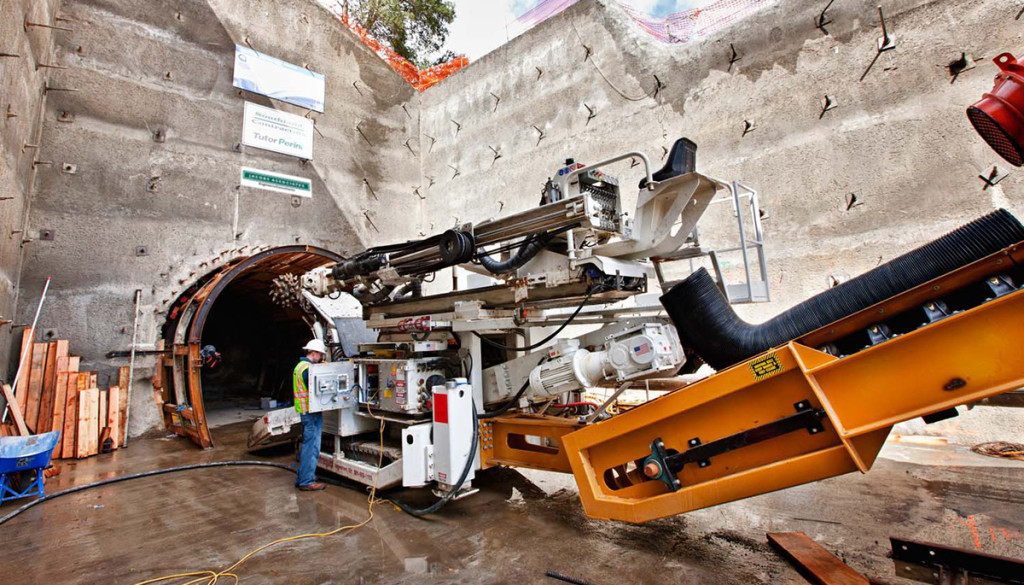 The existing Irvington Tunnel is part of the San Francisco Public Utilities Commission’s (SFPUC) Hetch Hetchy Water System and connects the Alameda Siphons in the Sunol Valley to the Bay Division Pipelines in Fremont. This 10-foot-diameter (14.5-foot excavated diameter) tunnel extends approximately 3.5 miles between two active faults, the Hayward and Calaveras. It delivers approximately 85% (220 mgd) of the San Francisco Bay Area’s water. Built around 1930, the tunnel cannot be taken out of service without impacting the water supply, and it has not seen an inspection since 1966. The New Irvington Tunnel, of a similar size and length, will lie just south of the existing tunnel, allowing it to be removed from service for inspection and maintenance. Furthermore, the New Irvington Tunnel will afford welcome redundancy, providing a continual water supply to the Bay Area in the event of earthquake or other major disruption.

McMillen Jacobs Associates is the lead designer for the tunnel, shafts, and portals. Facilities include the new tunnel with initial and final linings; overflow shaft; tunnel portals; a manifold and pipelines to facilitate the connection of Bay Division Pipelines 1, 2, 3, 4, and the new Pipeline 5; and related ancillary appurtenances. Anticipated ground conditions along the tunnel alignment consist of interbedded layers of sandstone and shale, with several smaller fault zones. Abrupt changes in ground conditions are anticipated, and mixed ground conditions that exhibit ground behaviors of multiple ground classes will be present in the tunnel face and along the tunnel alignment. Groundwater inflows are anticipated throughout a significant portion of the tunnel. Design challenges include 700 feet of cover and a high hydrostatic head with potential water inflows of up to 1,200 gpm. The tunnel is being excavated by conventional means using four headings: two from the Vargas Shaft (adjacent to Interstate I-680), one from the Alameda West Portal, and one from the Irvington Portal. Pre-excavation grouting and drainage are being used for groundwater control. The initial support for the horseshoe-shaped tunnel will consist of steel sets and lagging, and the final lining will be steel pipe. Special steel pipe design measures were required at four fault zones, where there is a risk of sympathetic fault displacements.

The project, estimated to cost $250 million, broke ground in the fall of 2010. The first tunneling began from the Alameda West Portal in March 2011, and the tunnel was completed in 2013.