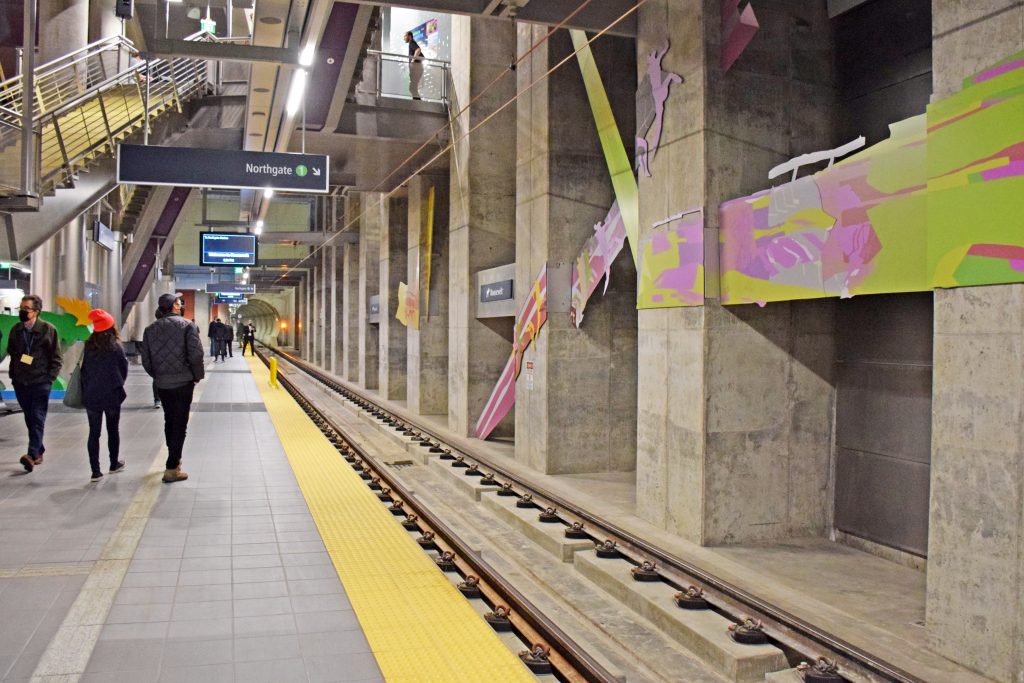 The project also includes two underground transit stations (U District and Roosevelt), one elevated station (Northgate), a portal structure, and 23 cross passages. Both underground stations were designed as bottom-up excavations, and the cross passages are sequential excavation method structures. The project was constructed in an area characterized by dense, urban neighborhoods and complex subsurface and groundwater conditions, which required optimizing the location and alignment of the underground elements.