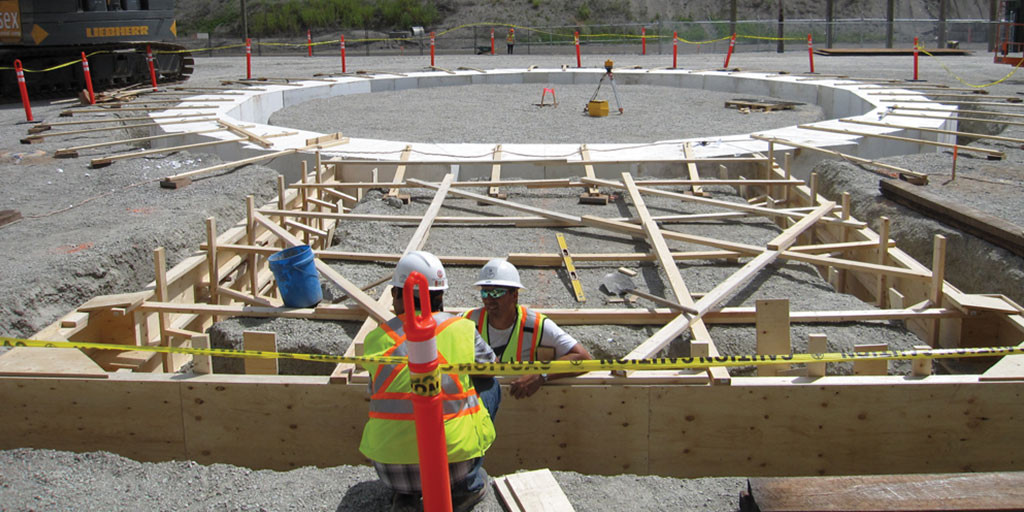 The tunnel, mined between two 64-meter-deep (210-ft) vertical shafts, was constructed using earth pressure balance (EPB) methods, is approximately 3.5 meters (11.5 ft) in diameter, and contains a new 2.1-meter-internal-diameter (7-ft) water main. The tunnel alignment is located below the depth of riverbed scour and is designed to remain functional following the maximum credible earthquake (MCE) event. The tunnel ties in to the existing Metro Vancouver system on the north and south banks of the Fraser River.

The project construction was a joint venture of McNally and AECON and was designed by the Fraser River Tunnel Group (consisting of Ausenco Sandwell, McMillen Jacobs Associates, and Golder Associates), while Metro Vancouver retained Hatch Mott MacDonald as the construction manager. McMillen Jacobs Associates’ services included review of the preliminary design and confirmed alignment, detailed design of shafts and tunnel, and engineering services during construction.

Construction of the shafts began in June 2011. Aside from some keyway reinforcement where the tremie slab ties in with the slurry walls, the panels are unreinforced. This design approach was chosen to minimize the influence of the walls on the permanent (reinforced) lining during an MCE event. We encountered the full spectrum of geology, from clay to boulders. Both shafts used “ground replacement” in lieu of jet grouting to facilitate launching and receiving of the tunnel boring machine (TBM). A rectangular block of panels at the break-out and break-in zones was constructed with the hydromill and backfilled with a low strength 5 MPa (725 psi) concrete.

Shafts and tunnel were constructed as of summer 2015. Project completion and final watermain tie-in occurred in late 2016