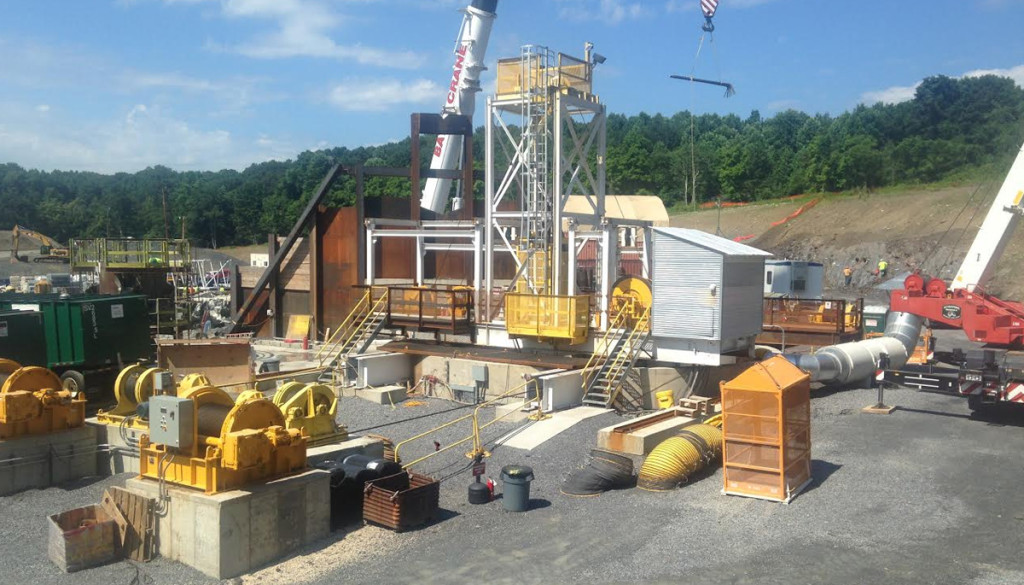 Originally placed into service in 1944, the Rondout-West-Branch Tunnel (RWB) is a section of the Delaware Aqueduct, which supplies nearly 60% of the raw water for New York City. The aqueduct also is the primary source of water for several upstate communities. The 13.5-foot-diameter (4.1 m) rock RWB Tunnel is approximately 45 miles (72 km) long, ranges in depth from 300 to 2,300 feet (91–701 m), and operates with an internal head of up to 1,200 feet (366 m). It was constructed during the late 1930s and 1940s using drill-and-blast methods. Most of the tunnel has an un-reinforced concrete liner. In areas of poor ground conditions and significant groundwater inflow during construction, steel “interliners” were incorporated in the lining system.

Since about 1970, leakage has been observed at the ground surface, especially in an area immediately west of the Hudson River near Roseton, New York. The geology in this area of the alignment is complex. The depth, from ground surface to the existing tunnel at the Hudson River, ranges from 600 to 900 feet (183–274 m). Water leakage for the entire tunnel is currently estimated at 15 to 35 million gallons per day, depending on the operating conditions of the tunnel.

To address the leakage, the DEP is constructing the Rondout-West Bypass Tunnel around the Roseton section. As prime consultant on the 9-year-long design support contract, McMillen Jacobs Associates is leading a team of 18 firms that is assisting the DEP with planning, design, and design services during construction for the 2.5-mile-long Rondout-West Bypass Tunnel. The bypass drive will take place through folded and faulted limestone, with a portion crossing beneath the Hudson River. The new tunnel will be excavated by tunnel boring machine (TBM), and will include a significant length of steel liner in the reach beneath Roseton and the Hudson River. After the new tunnel is completed, the RWB will be unwatered and inspected. The new bypass will then be connected to the existing tunnel, and the leaking section will be isolated with plugs and abandoned.