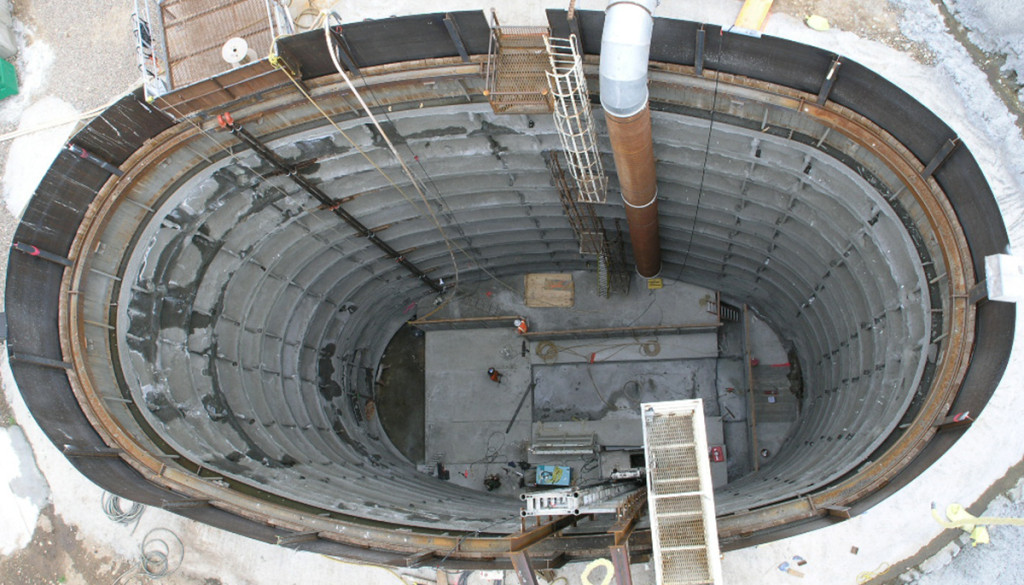 The San Vicente Pipeline Tunnel is part of the San Diego County Water Authority’s (SDCWA) Emergency Storage Project, the largest element of a $1.2 billion Capital Improvement Program. The project was completed in January 2011. This pipeline will help sustain the region in the event of a major earthquake. As prime consultant, McMillen Jacobs Associates served as tunnel and shaft designer. We also provided construction engineering support to SDCWA in its efforts to complete the project in a cost-effective manner while balancing community and environmental concerns.

This project involved the construction of a pipeline connecting San Vicente Reservoir, one of San Diego County’s major water storage facilities, and the Second Aqueduct, which delivers water from Northern California to San Diego County. In an emergency, this new connection will allow water to be distributed to agencies in the southern half of the county.

Most of the pipeline was constructed in a tunnel about 11 miles (17.1 km) long with a finished inside diameter of 102 inches (2.6 m). This high-pressure water conveyance facility has internal hydrostatic pressures ranging from about 200 to 250 psi (1.38 to 1.72 MPa).