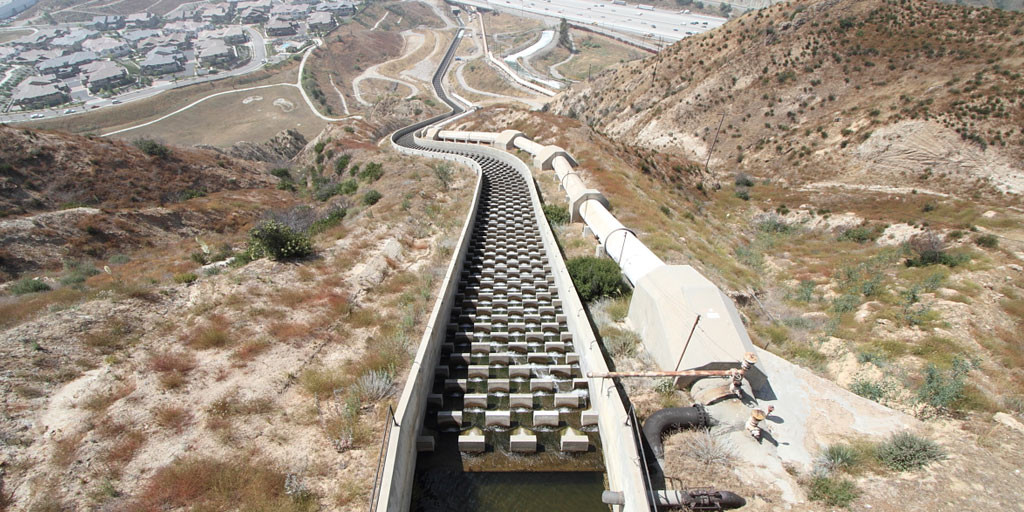 The San Fernando Earthquake in 1971 and the Northridge Earthquake in 1994 caused significant damage to the Second Los Angeles Aqueduct (SLAA) where it crosses Terminal Hill at the northern end of San Fernando Valley. During both earthquakes, the pipeline section on the upper north slope and crest of Terminal Hill was damaged by severe ground shaking. Following the Northridge Earthquake, a geological and geotechnical study concluded that future strong ground shaking, amplified by topographic effects, could damage the SLAA and cause collateral damage to the First Los Angeles Aqueduct (FLAA) where it crosses under Terminal Hill, resulting in a significant shutdown period for repair. The study recommended replacing the existing surface pipeline on the north slope of Terminal Hill with a new pipeline constructed in a tunnel.

The Terminal Hill Tunnel and Shaft project consisted of relocating the portion of the SLAA situated on Terminal Hill’s north facing slope. The relocated section connects to the existing pipeline in Magazine Canyon and continues through a new tunnel containing approximately 580 feet (177 m) of 84-inch (2,134 mm) steel pipe. The replacement steel pipe connects to the existing pipeline on the top of Terminal hill via an approximately 290-foot vertical shaft.

McMillen Jacobs Associates provided technical services during design and construction, including assisting the Geotechnical Engineering Group at the Los Angeles Department of Water and Power with structural design of the final tunnel lining and preparation of the geotechnical baseline report; reviewing contractor submittals; and conducting construction observations.