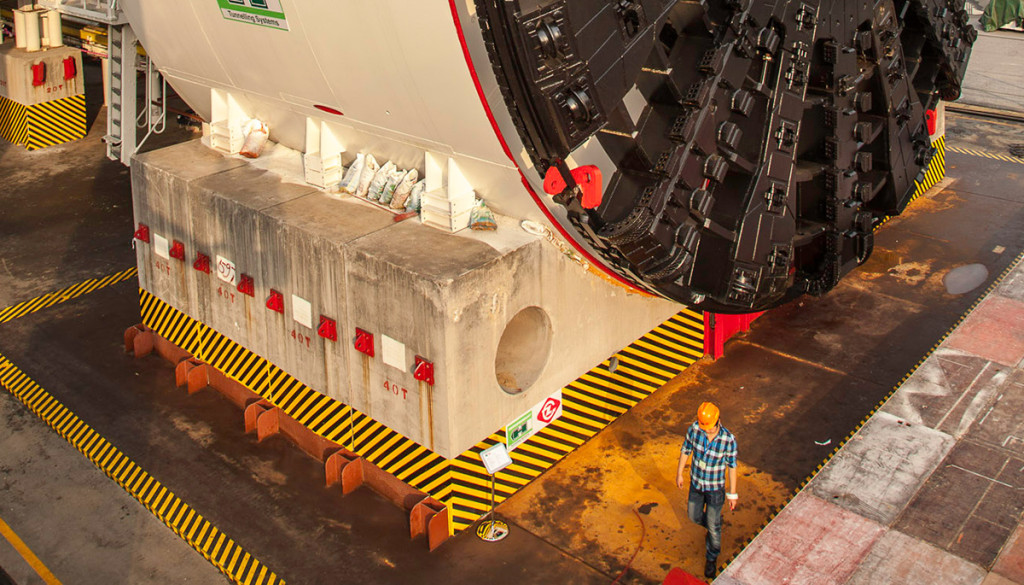 The Waterview Connection in Auckland is a landmark project for the New Zealand Transport Agency (NZTA) as it is the largest single roading project ever undertaken in the country. Once finished, the project, which includes a large component of tunneling works, will complete the Western Ring Route and provide an alternative 48-kilometer (30 mi) north-south motorway that does not rely on the Southern Motorway or the Auckland Harbour Bridge. The connection will improve travel times and access between the west and the south sides of the city and provide a motorway link from the Central Business District to Auckland Airport. Design and construction were procured via a competitive alliance. The project is split into several packages, including the 2.1-kilometer-long (1.3 mi) twin-bore tunnel, a cut-and-cover tunnel, portal works, deep retained cuts, and a motorway-to-motorway interchange consisting of four viaducts. The mainline tunnel will provide three lanes of traffic in each direction. It is being driven through weak sedimentary rock using a 14.1-meter-diameter (46.3 ft) earth pressure balance tunnel boring machine.

McMillen Jacobs Associates provided tunnel consulting services to NZTA during preparation of the minimum requirements for the tenders, and then served as NZTA “embeds” on the two tender teams competing for the project. The Well-Connected consortium was announced as the successful tenderer in August 2011 and entered into an alliance with NZTA to deliver the project. During the detailed design phase, McMillen Jacobs Associates provided peer review services to the alliance for the design of all tunnel structures, including the segmental tunnel lining, cross passages, and tunnel invert, as well as for all retaining wall structures and cut-and-cover tunnels.